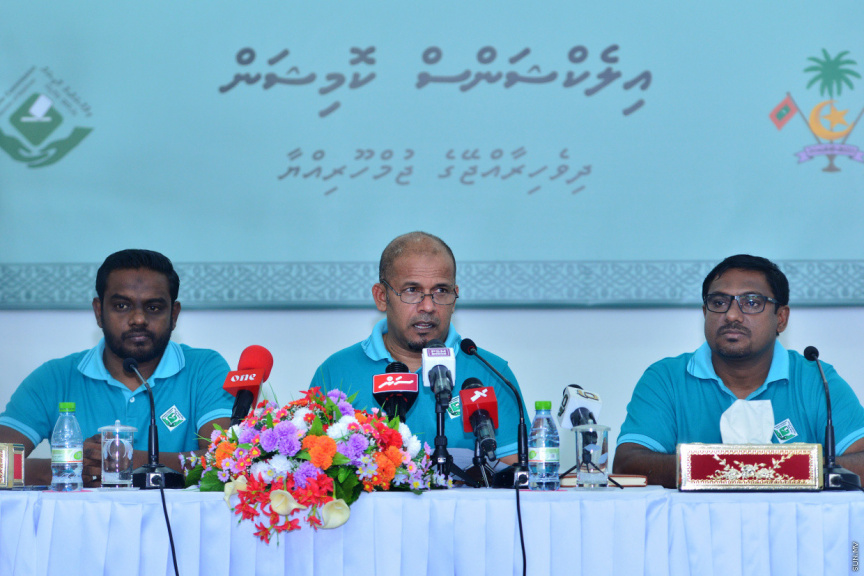 Speaking during a press conference by PPM and PNC last Saturday, interim leader of PNC, Abdul Raheem Abdulla said the opposition alliance had sent letters to EC and the Parliament requesting a delay in the upcoming parliamentary elections due to lack of confidence over a free and fair election.

Spokesperson and member of EC, Ahmed Akram confirms the commission received the letter from PPM and PNC last Saturday.

He said the commission would discuss the request this Sunday.

“The commission believes the current environmental factors are favorable enough to hold free and fair election like the Elections Commission wants,” he added.

PPM and PNC made the appeal to delay the elections following the arrest of former Maldivian President and Leader of PPM, Abdulla Yameen Abdul Gayoom.

Yameen was arrested pending the outcome of his trial on February 18 following review of evidence submitted by the State to show he attempted to tamper with the State’s witnesses in the case by offering them bribes.