Asward: Accounts SOF sent funds to is public, no funds sent to mine 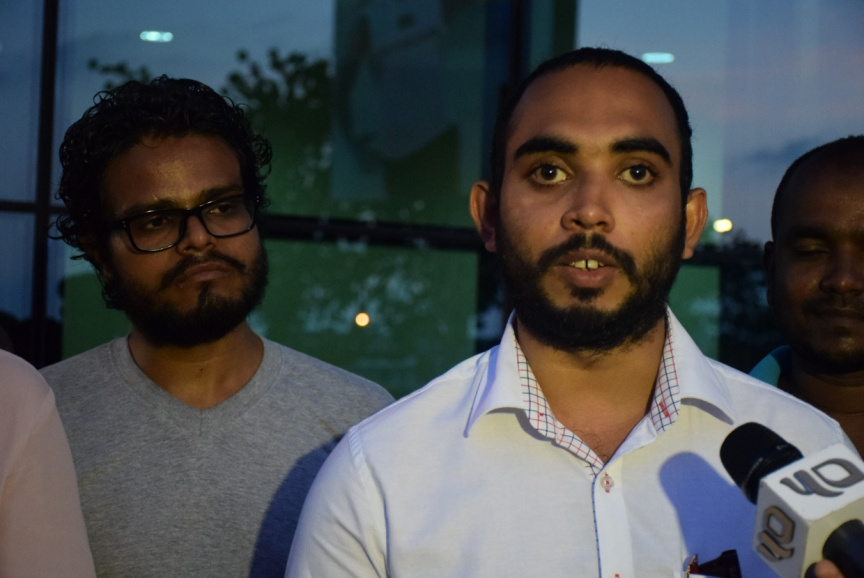 The bank accounts to which SOF Private Limited – the company in the middle of the MMPRC embezzlement and money laundering scam –  sent money to is now public, and the list does not include my name, says Ibrahim Waheed (Asward), Managing Director of SanguTV.

The Anti-Corruption Commission (ACC), in its investigative report on the MMPRC case, identifies the owners of the 155 bank accounts to which SOF Private Limited transferred as well as the amount of money.

Deputy Leader of Parliament, Hulhu-Henveyru MP Reeko Moosa Manik, to whom SOF Private Limited transferred USD 100,000, has sent a letter to the ACC claiming the money came from Asward.

Asward, Maldives Third-Way Democrats (MTD)’s candidate for the Thulusdhoo constituency in the upcoming parliamentary elections, has denied any involvement in the MMPRC case.

“The allegations that I transferred the money is malicious slander. I appeal for him to stop,” said Asward.

In the letter to ACC, Moosa wrote that Asward and Velidhoo MP Yameen Rasheed, in February 2015, approached him with the request to facilitate funds from Singapore for purchase of equipment they needed to start a television station (SanguTV).

“With the understanding that if they deposit the money to my account, I will withdraw the same amount of money from Singapore,” wrote Moosa.

He said that because Asward had transferred the money via internet banking, he had assumed the money came from Asward’s personal bank account.

“And I, from by HSBC bank account in Singapore, issued four checks [bank check numbers] and handed it to Ibrahim Waheed (Asward) on March 8, 2015. The transaction was an effort to lend assistance to two friends who were unable to send the money to Singapore on such short notice,” wrote Moosa.

PG: Ex-President Yameen will be tried in open court