PG: Ex-President Yameen will be tried in open court 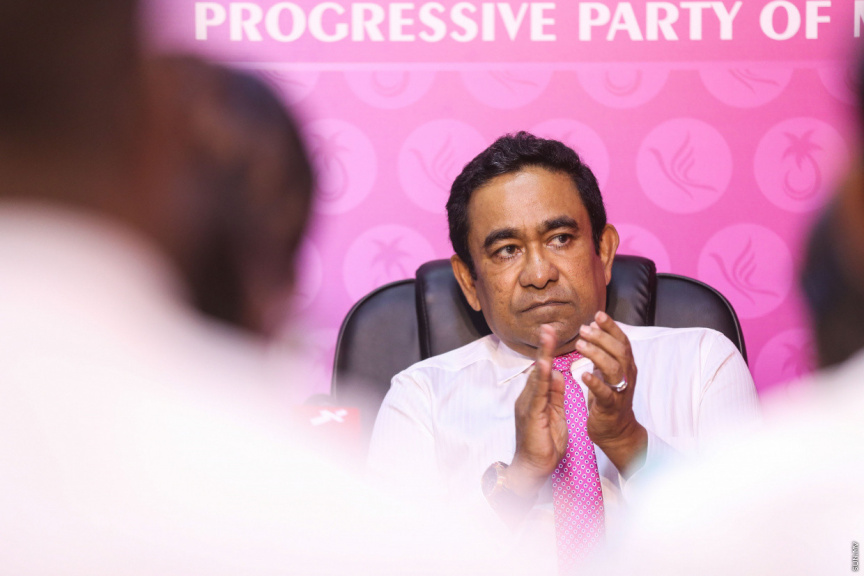 The Prosecutor General’s, this Tuesday, issued a statement via its official Twitter account, in which it said the agency has not requested a closed hearing for any point during Yameen’s trial at Criminal Court.

“The trial will be held at open court,” wrote the Prosecutor General’s Office.

The decision to try the former Maldivian President in open court deviates from the practice used by the Prosecutor General’s Office during the past five years of Yameen’s presidency when multiple politicians were tried and convicted in closed court.

He is currently at the Special Protection Unit of Maafushi Prison, where he will remain detained pending the outcome of his trial.

The court granted the State prosecution’s request to jail Yameen last Monday after reviewing evidence he attempted witness tampering by offering bribes to State witnesses in the money laundering case.

Yameen to visit atolls for ‘India Military Out’ drive