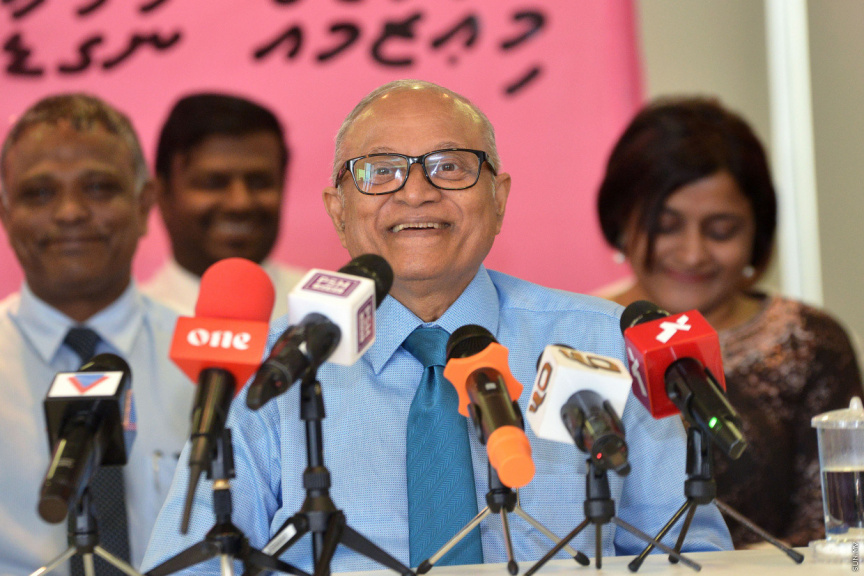 The official founder of MRM is Dr. Ibrahim Hassan, Minister of Higher Education.

Speaking to press outside the EC headquarters this Tuesday afternoon, Dr. Ibrahim Hassan said the MRM was created for the purpose of carrying forward Maumoon’s reform work.

“The main objective of the party is maintaining President Ibrahim Mohamed Solih’s administration, maintaining this coalition,” he said.

Abdulla Kamaluddin, who served as a member of Maumoon’s Cabinet, said that Maumoon’s vision for national reform wasn’t new-found, but that the vision had fragmented for various reasons.

“So the purpose of this new party is to work together once again, gather these fragments, and promote MRM’s vision as a strong political force,” said Kamaluddin.

Another top politician at MRM, Aminath Nadhira said the party will pay special focus on gender equality and women empowerment.

“We have taken the necessary steps in this party to prove men and women can work as equals in the workplace,” said Nadhira.

Maumoon left DRP following conflicts with then-Leader of DRP, Ahmed Thasmeen; and founded PPM – from which he was kicked out after conflicts with his half-brother former Maldivian President Abdulla Yameen Abdul Gayoom, who later unseated Maumoon as Leader of PPM.

Yameen appeals the court order for his detention