Nihan: You may imprison Yameen, but never his development philosophy 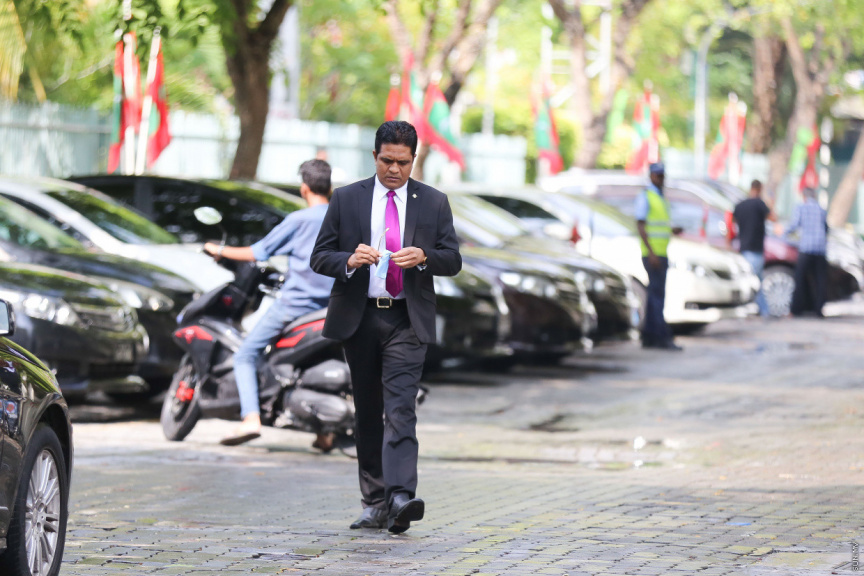 The sentiment was expressed by Ahmed Nihan Hussain Manik, the leader of Progressive Party of Maldives (PPM)’s parliamentary group in a tweet this Monday afternoon.

Yameen is currently at the Criminal Court for the preliminary hearing in the money laundering case against him.

Voicing support for Yameen, Nihan wrote, “You may imprison President Yameen, or jail him. But you can never imprison the philosophy of development he introduced.”

Yameen, the Leader of PPM, was charged with money laundering after Maldives Police Service’s investigators traced USD 1 million - believed to be embezzled funds in the Maldives Marketing and Public Relations Corporation (MMPRC) scam - to his bank account.

The USD 1 million was deposited in two installments of USD 500,000 to Yameen’s account at the Maldives Islamic Bank (MIB) by SOF Private Limited.

Yameen, in addition to being charged with money laundering, has also been charged with providing false testimony to State investigators.

Nihan calls for an end to political persecutions