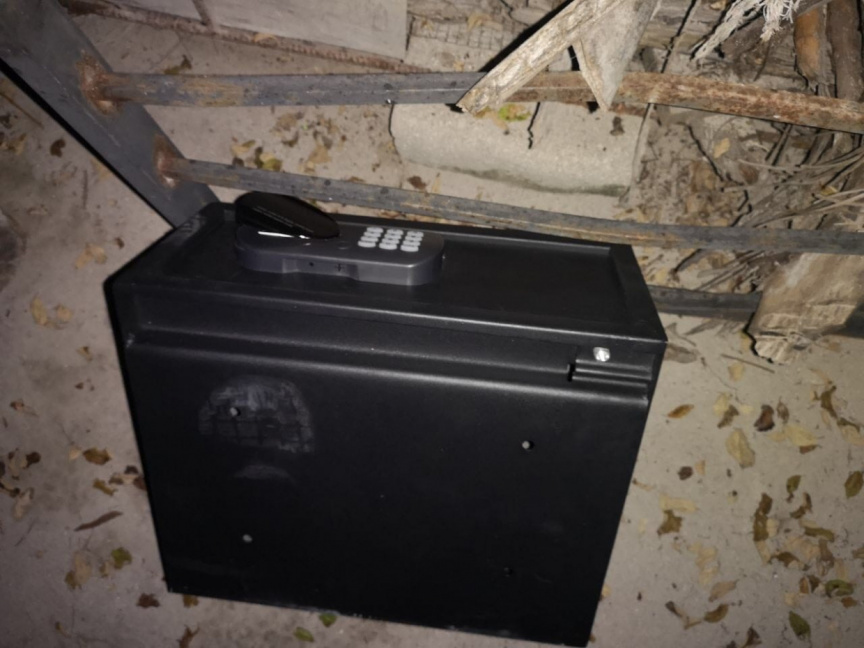 Money safe stolen from the STO pharmacy at A. A. Mathiveri on February 14, 2019. (Photo/Maldives Police Service)

Maldives Police Service has arrested two suspects in connection with the robbery in A. A. Mathiveri in the pre-dawn hours of this Thursday.

They had broken into the STO pharmacy and stolen the money safe, but during their escape, were spotted by patrolling police officers at approximately 2:50 am.

The robbers, when ordered to stop by the police officers, had dropped the safe and fled.

The safe was confiscated by the officers and the break-in at the STO pharmacy discovered during a search of buildings at the island to identify the location of the robbery.

The robbers had entered the pharmacy by smashing through its glass door.