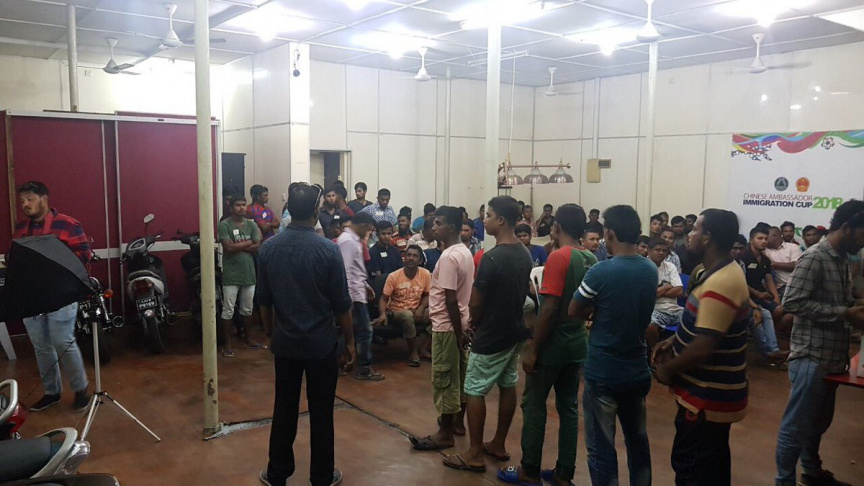 The 80 migrant workers were detained for further screening in a joint-operation by Immigration and Maldives Police Service, near the Zikra Mosque in Majeedhee Magu, Male’ City, this Wednesday morning.

Immigration reports the 80 workers detained this Wednesday will be screened, and the workers found to lack proper documentation will be deported.

The operation by Immigration to detect undocumented migrant workers will be run in both Male’ City and Addu City.

During a press conference on January 17, Controller General of Immigration, Mohamed Ahmed Hussain (Hanafee) announced there were currently 144,607 documented migrant workers in Maldives. A further 63,000 migrants are estimated to be working in Maldives without proper documents.