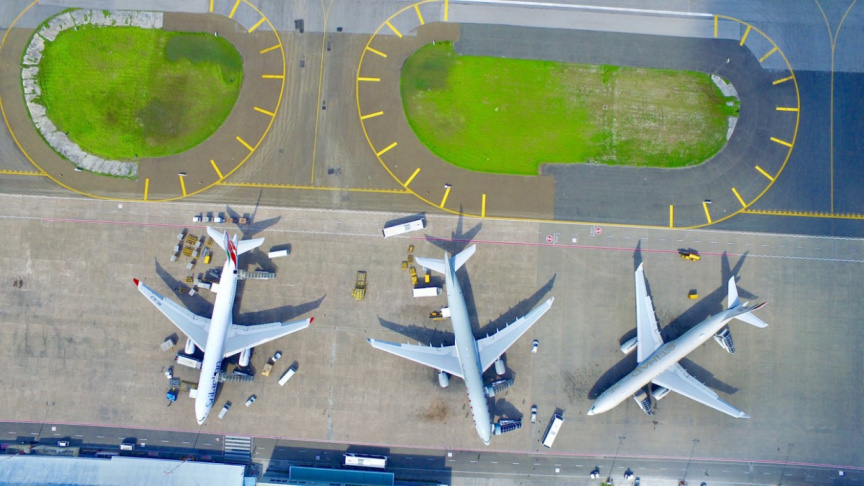 An aerial shot of the Velana International Airport runway on December 23, 2018. (Photo/MACL)

It is the highest number of air-traffic movements observed in a single day since VIA opened in 1966, reports MACL.