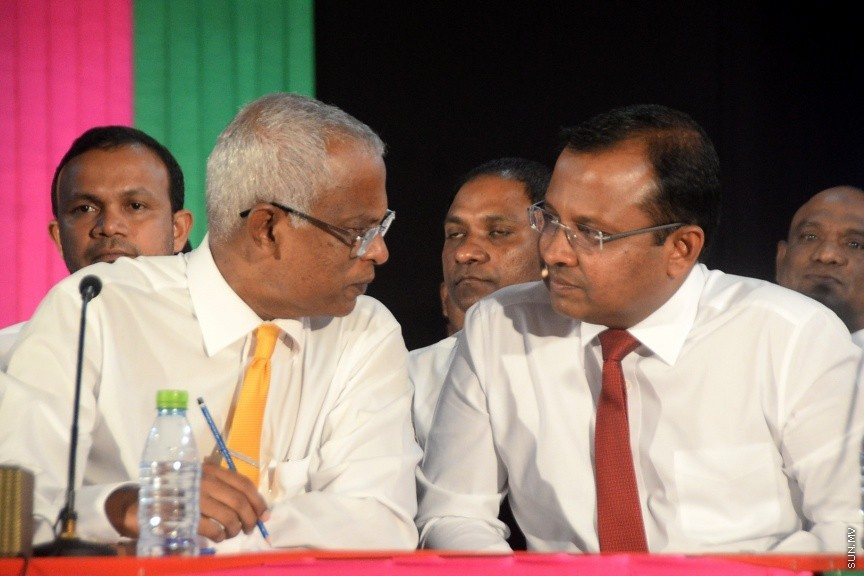 Former Commissioner of Police and current lawmaker, MP Abdulla Riyaz says he is ready to disclose information he is privy to in connection with the brutal murder of Dr. Afrasheem Ali.

Riyaz had been in charge of the Maldives Police Service when the prominent lawmaker and Islamic scholar was stabbed to death in his residence on October 2, 2012.

Several politicians, activist and members of the general public had long alleged Riyaz was privy to undisclosed information connected to the murder.

Speaking in an interview to VTV last Sunday night, Riyaz said he was confident Dr. Afrasheem’s murder will be re-investigated by the incoming administration even if it is through the police, the parliament, or through the establishment of a special presidential commission.

Riyaz noted there are some information public officials such as the Commissioner of Police aren’t allowed to disclose while in office.

He said that he however does not find releasing the information over social media the most responsible course of action.

He also said the continued concern by the general public over the murder of Dr. Afrasheem was linked with the refusal to release information uncovered during the investigation during President Abdulla Yameen Abdul Gayoom’s administration.