Riyaz to be questioned by presidential commission over Dr. Afrasheem's murder 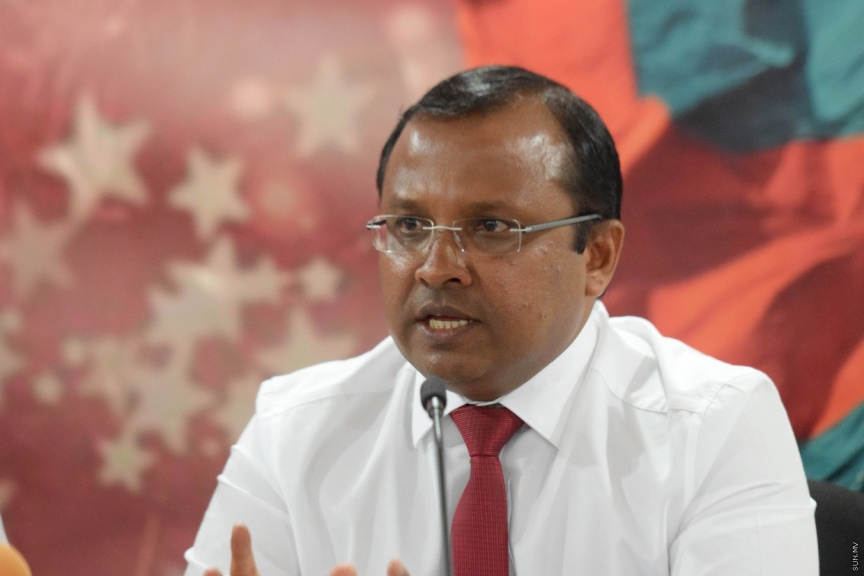 Presidential Commission for Investigation of Murders and Enforced Disappearances has announced it will be questioning former Commissioner of Police, MP Abdulla Riyaz over the murder of prominent lawmaker and Islamic scholar, Dr. Afrasheem Ali.

Abdulla Riyaz was the Police Commissioner when the former MP of R. Ungoofaaru Dr. Afrasheem Ali was murdered in 2012. Riyaz had previously remarked he was willing to reveal the information he knows regarding Afrasheem’s murder on a more "reliable platform".

The commission responded to a question posed by a Twitter user last Sunday who asked whether Riyaz had already been questioned.

They stated that Riyaz has not been summoned yet, but will be summoned in the future.

Dr. Afrasheem was found murdered in the stairwell of his house in Male’ on October 1st 2012. The commission has previously released a video to find two people on account of his murder.

While Riyaz is to be summoned on account of the murder of Dr. Afrasheem, social media activist Ahmed Ashraf (Shumba) was recently questioned regarding the abduction of journalist Rilwan Abdulla, and former council member of Progressive Party of Maldives (PPM) Zahid Rameez has been questioned by the commission regarding tweets he made prior to the murder of blogger Yameen Rasheed.