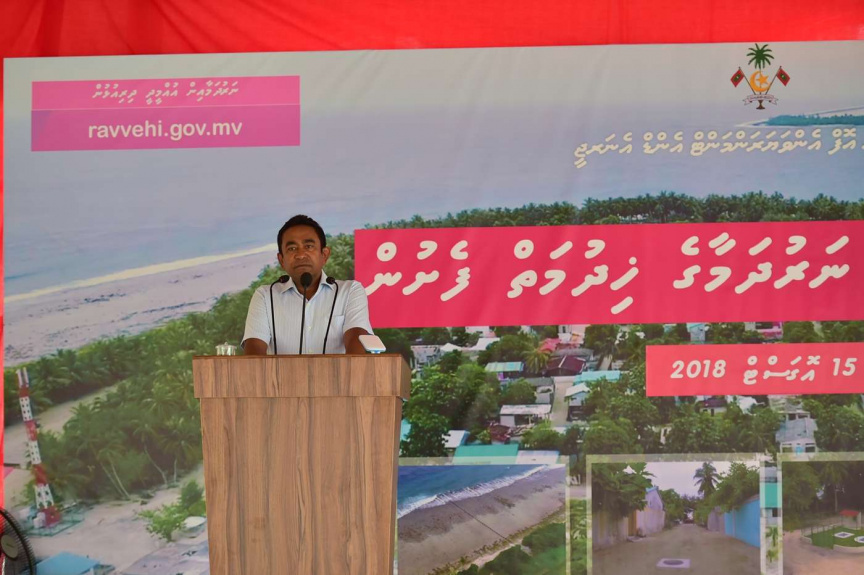 Yameen, who is on a tour of Th. Atoll, visited Dhiyamigili this Wednesday morning, and inaugurated sanitation services on the island in a special function.

During his speech, MP Hussain Manik Dhon Manik made a number of requests to Yameen on behalf of the people of Dhiyamigili. He said lack of land space posed a huge challenge to the locals, and that they therefore wished to be able to live to on nearby Medhafushi.

He also noted that the island suffers from flooding and beach erosion, and asked the government for a solution to the problem.

Yameen: MDP didn’t do enough compared to debt they left