EC: Approximately 477 ballot boxes will be kept for Presidential Elections 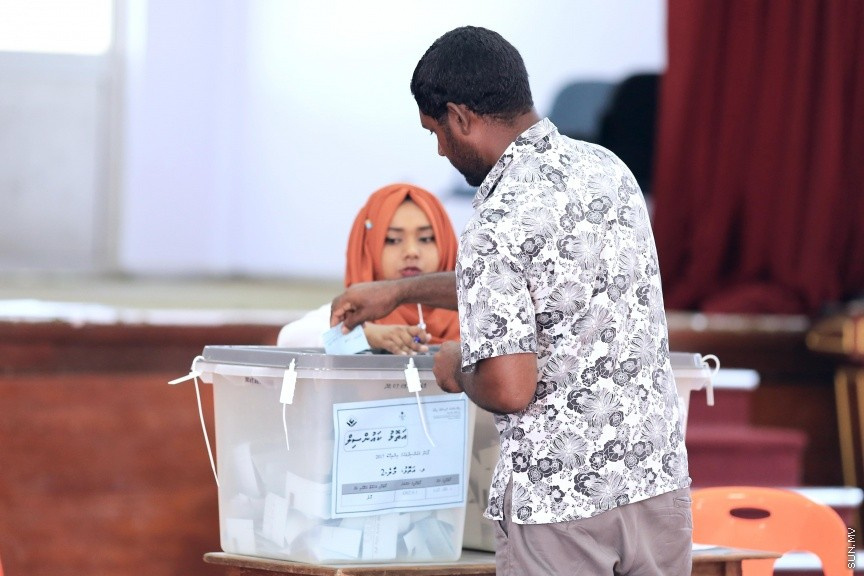 A voter casts his vote during the Local Council Elections on May 6, 2017. (File Photo/Sun/Fayaz Moosa)

Speaking at a press conference held by EC this Wednesday to provide an update on the Presidential Election, President of EC, Ahmed Shareef said that though the commission estimates 477 ballot boxes will be kept for the elections, the number may be subject to change.

“The exact number will be finalized after registration,” said Shareef.

He said charts will be kept at every election center to show voters the ballot boxes they need to cast their vote to, and that the commission will be preparing pamphlets containing all such necessary information for voters.

“Those who view it will know, to which ballot box, for example, voters who are residents of a certain block in Maafannu district need to cast their vote to. We will prepare the bullets so it’s clear to those who view it. It will be shared with representatives of candidates and political parties,” said Shareef.