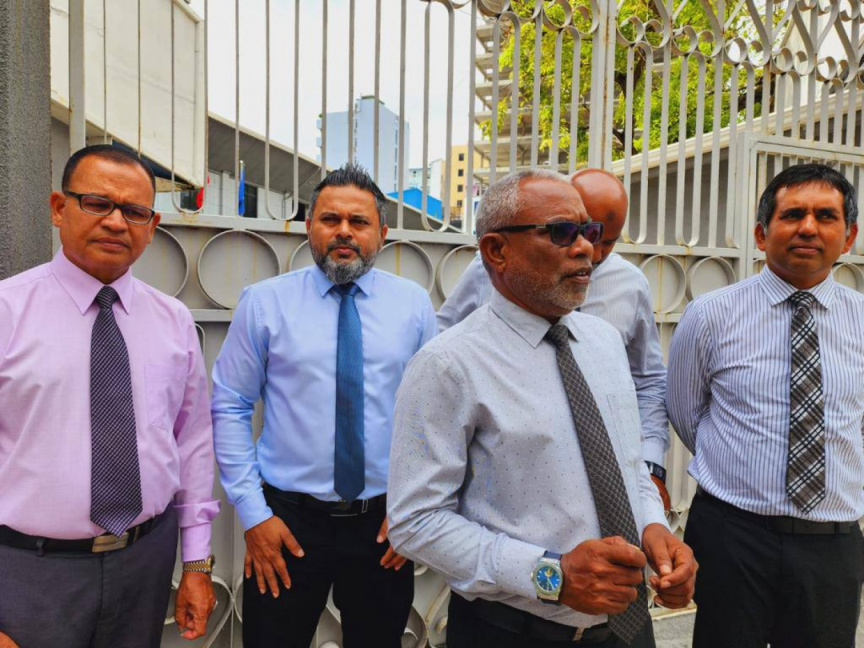 People National Congress’ (PNC) leader Abdul Raheem Abdulla (Adhurey) told Sun that representatives from the opposition coalition went to PSM on Sunday to share concerns of the coalition and the public. He said that when a meeting with Ali Khalid was requested – he had left the premise without meeting them.

“We went and asked to meet, he was there. MD Khalid left the premise without giving us a response,” he had said.

Underscoring that PSM is the state television – Adhurey said that everyone should be granted equal opportunities. Despite this, he emphasized the lack of such opportunities for the opposition including the failure to cover news from the opposition coalition.

Adhurey also said that PSM’s course of action in broadcasting this year’s world cup was concerning. On this note, he alleged that PSM paved way for the world cup bid to be given to a “certain party”. He strongly criticized PSM’s MD Ali Khalid over the matter.

Apart from this, Adhurey said there were major concerns regarding how PSM’s employees are treated. He said although the opposition coalition was unsuccessful in meeting PSM’s MD Ali Kahlid today, they would keep trying.

Sun was unsuccessful in efforts to get a comment from Ali Khalid on the matter.