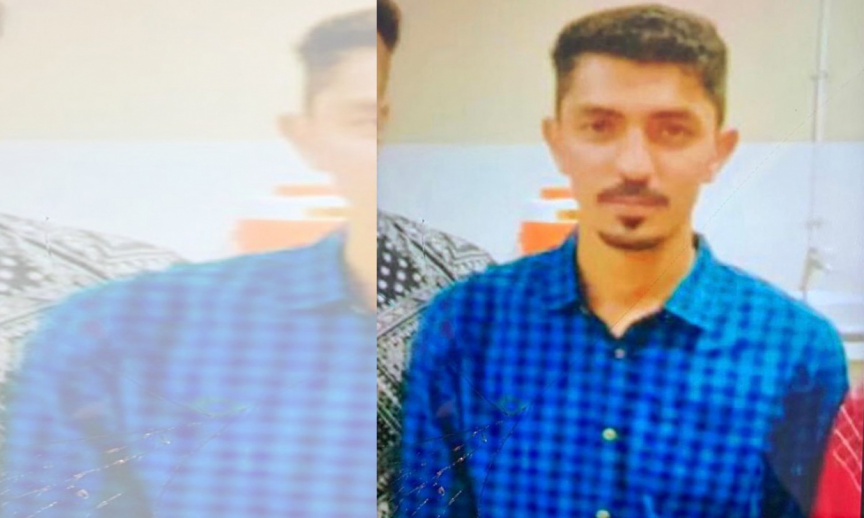 Muhammad Abid, 26: He is suspected of murdering his colleague at a restaurant in Hulhumale' on April 16, 2022. (Photo/Maldives Police Service)

The trial against Pakistani chef Muhammed Abid, 26 for the murder of a waiter working at the same restaurant has been on hold without any progress for about two months.

The Prosecutor General’s Office has since charged Abid with murder with intent using a sharp instrument.

The last hearing was held two months prior and had to be cancelled as Abid no longer had a lawyer to represent him.

After granting time to assign a lawyer, a hearing was held on Tuesday. However, Abid came without a lawyer.

As per him, his father was the one working to get a lawyer. He went on to say that as phone calls and family meetings are hard to get, there have been difficulties in arranging a lawyer.

The hearing set for Tuesday was for taking the testimonies of witnesses presented from the state.

But as this was a criminal case with serious allegations, the presiding judge did not believe it would be right to go on without the presence of a lawyer.

Hence, the judge ordered the state to provide ease in getting phone calls and arranging family meetings.

The incident took place on June 16, inside Khanji, a popular restaurant in Hulhumale’. The victim was identified by Police as MD Shameem, a Bangladeshi male, and was pronounced dead on arrival at the Hulhumale' Hospital.

Witnesses at the scene claim Shameem sustained stab wounds to his head, neck, and legs. At the request of his family, his body was sent to Bangladesh.

Shameem’s murder had reportedly been prompted by a disagreement inside the restaurant’s kitchen, as the staff prepared meals for iftar.

According to Police, Abid had fled the scene after the attack. He was arrested after an hours-long manhunt in the early hours of April 17, at the beach area in Hulhumale’ Phase II.