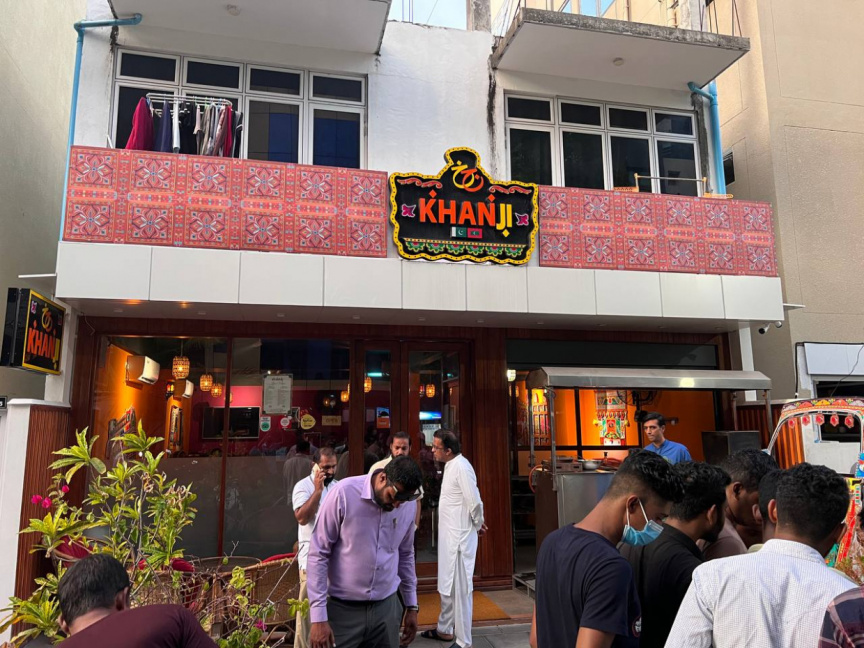 Khanji, a restaurant in Hulhumale' where a waiter was found murdered on April 16, 2022. (Sun Photo)

The body of the Bangladeshi man who was stabbed to death at Khanji, a popular restaurant in Hulhumale’, on April 16, has been sent to his home country.

The victim has been identified as MD Shameem, who was working as a waiter at the restaurant.

He was pronounced dead on arrival at the Hulhumale' Hospital.

Muhammad Abid, 26, a Pakistani national who worked as a chef at the restaurant, is accused of his murder.

Abid had fled the scene after the attack. He was arrested after an hours-long manhunt in the early hours of April 17, at the beach area in Hulhumale’ Phase II.

Abid has been remanded in police custody for 15 days, as the investigation continues.

Court to issue verdict in murder of Ziyadham in Dec

HC begins hearing appeal of convicts in murder of teen