Projectors for screening World Cup in Vilimale’ handed over 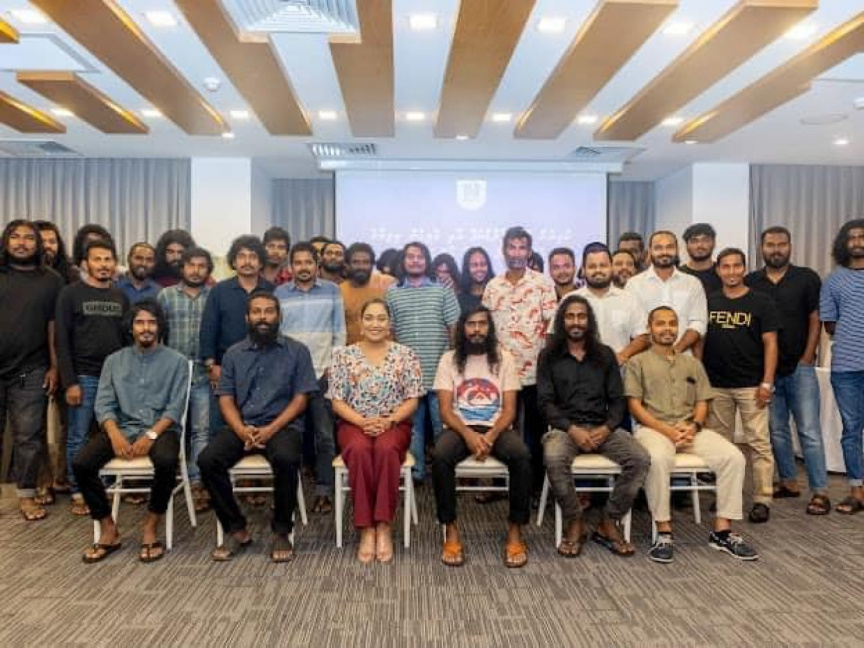 Ceremony held to hand over projectors to screen World Cup in Vilimale'.

Vilmale’ constituency representative in Male’ City Council, Nahula Ali, has donated projectors to the youths of Vilimale’ – to be used for screening the matches of the awaited FIFA World Cup Qatar 2022 in four areas of the district.

Speaking at a ceremony held on Sunday night, Nahula said that screens will be placed in four areas. In this regard, three projectors were handed over to three youths clubs based in Vilimale’ each and one for Vilimale’ residents specifically.

The screen placed specially for Vilimale’ residents will be located at the empty plot of land next Vilimale’ Bank of Maldives branch.

Speaking during the ceremony, Nahula also announced Male’ City Council’s decision to develop a large futsal stadium at Vilimale’. She assured that physical works on the stadium will commence in the near future.

“As a large number of youths keenly interested in sports reside in Vilimale’ – please file requests with the government to pave way for the establishment of sports courts in a specified area of Vilimale’ where many sports can be played. I am also working on this through Male’ City Council,” she had said.

She added that Vilimale’ youths succeeding in sports would be a happy sight to witness.