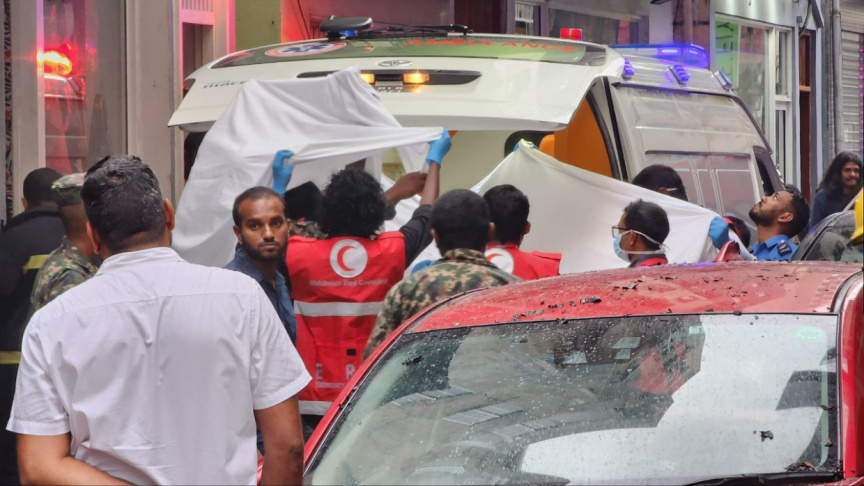 Police have asked for information on migrant workers missing from the Maldivian capital since Wednesday night, as they work in identifying the bodies recovered from a building in Maafannu district where a fire broke out early Thursday, killing at least 10 people.

Police said they were working on identifying the victims and the injured.

Police have asked for information regarding the people living in and the people believed to have visited Nirufeni and neighboring M. Send Rose.

“Share information regarding the migrants living in Male’ who haven’t been heard from since Wednesday night by contacting the Serious and Organized Crime Department at 9911099 and police hotline 3322111," asked the police.

The bodies have been taken to the Galolhu Mortuary.

Police respond to report of violence to find no one