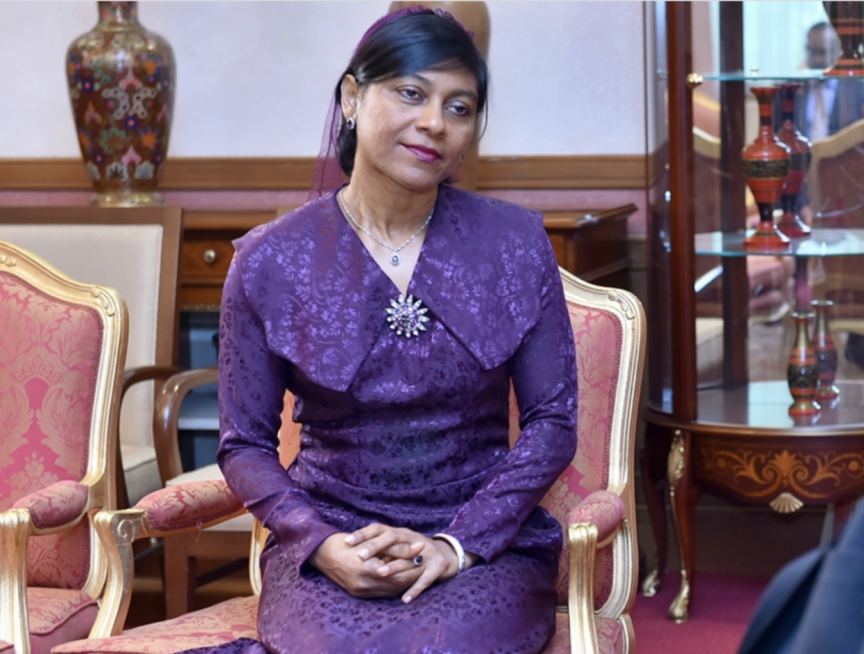 After the committee granted the go-ahead, a vote was taken during the Parliament session on Wednesday.

She was approved with 49 Parliamentarians voting in favour of it.

In addition to this, several bills were forwarded to relevant committees during the same session.

A bill by Addu Meedhoo MP Rozaina Adam on making amendments to run administrative areas of the country in a decentralized manner was sent to Committee on Decentralization.

This bill was given the go-ahead with 51 members voting in favour.

MP Rozaina detailed that the bill was intended to state how the by-elections for the Women’s Development Committee (WDC) will be held. It was also aimed to further clarify the roles and responsibilities of committees like WDC.

The second bill passed on to committee stages today was the Chemical Weapons Prohibitions Bill that would grant law enforcement the power to fine or imposition individuals for unlicensed purchase, possession, stockpiling, or production of a chemical weapon prohibited under the bill, depending on the severity of the offence.

People found guilty of such offences will be punishable with fines of MVR 500,000 to MVR 1 million, or prison sentences of five years to 20 years

The bill submitted to the Parliament on behalf of the government by Mathiveri MP Hassan Zareer was forwarded to Committee on National Security Services with 50 members voting in favour.

The motion calling on the government to solve the issue of the damaged sewerage system in F.Nilandhoo was sent to the committee stage as well.

MP for Nilandhoo constituency Abdul Muhusin Hameed submitted the motion which was sent to Committee on Environment and Climate Change with 50 votes in favour.

In the motion, the MP stressed that the Constitution states establishing a sewerage system that is in line with each island as a basic right. He also noted that the issue remained unresolved despite being brought to the attention of government officials at different levels, as well as relevant authorities on multiple occasions.

He called on the government to spare the residents of Nilandhoo from the possible health repercussions of this, and so restore a proper sewerage system to the island.

In addition to this, the motion presented to Parliament by Ungoofaaru MP Mohamed Waheed (Wadde) called on the government to form a special force, composed of representatives from multiple agencies including the security services, to counter religious extremism and manage mosques and religious education institutes were forwarded to the relevant committee.

The motion was sent to the Committee on National Security Services with 48 members who took part in the voting granting approval. One member had voted against it as well.

Presenting the motion, Wadde referred to earlier statements by Commissioner of Police Mohamed Hameed, that there were 1,400 people extremists in Maldives who would not hesitate to kill. He said such cases included the attack on State Minister for Environment Ali Solih on August 22.