Aarah trial: Issue of a chain of custody being dated to 2026 surfaced 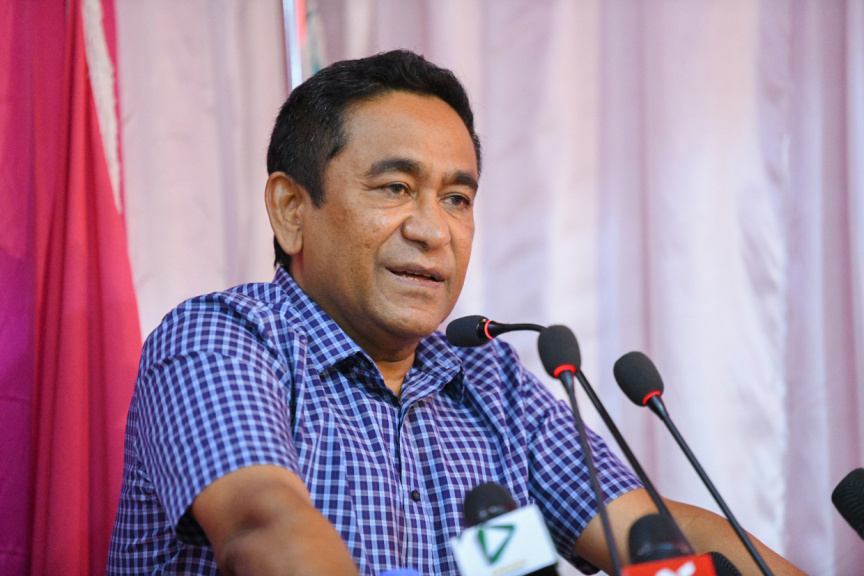 An issue of a chain of custody being dated to the year 2026 has surfaced during the trial against former president Abdulla Yameen Abdul Gayoom over the sale of V. Aarah for resort development.

In connection to this case, Yameen is on trial for money laundering as well as bribery.

He is accused of misusing his position and taking a USD 1 million bribe to facilitate the sale of Aarah to Yoosuf Naeem, a former parliamentary representative for the Felidhoo constituency, and laundering the money.

In the hearing held on Monday, the statement was taken from a witness to determine the authenticity of signatures in deposit slips and letters.

During this, Yameen’s lawyers raised the issue that the chain of custody in the documentation evidence was dated wrong.

The report presented, stated August 23, 2026, to be the date on which the state obtained the said evidence.

Meanwhile, the Police officer who prepared the report said that though it was previously unnoticed, this was an issue.

This led to the defence lawyers questioning the validity of the reports.

However, the officer stressed that despite this error, the report he prepared was authentic.

Although the state requested to further question the officer, presiding Judge Ahmed Shakeel did not grant the opportunity. He stated that further questions cannot be asked to the witness at this stage.

With the statements taken today, so far a total of four witness statements have been taken.

Previously, the statement from three officers that prepared the forensic reports was taken.