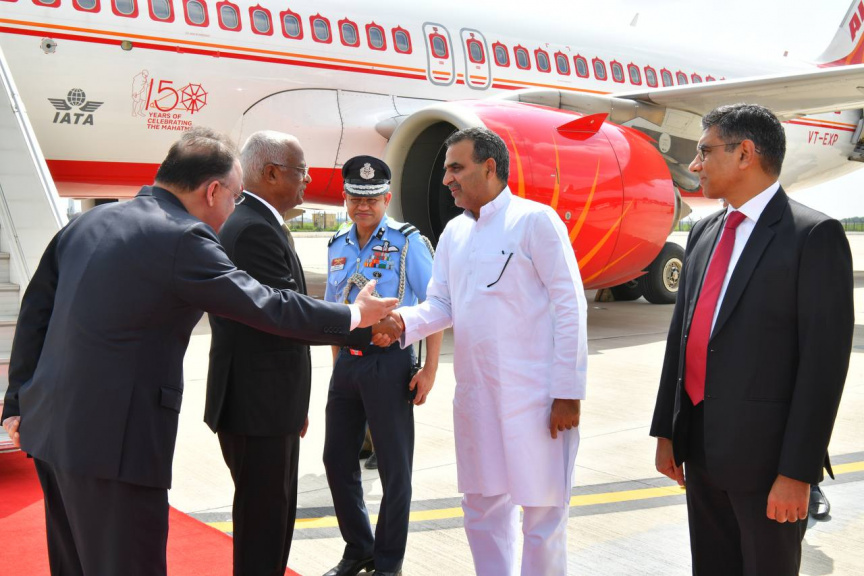 Maldivian President Ibrahim Mohamed Solih has arrived in India on a four-day visit at the invitation of Indian Prime Minister Narendra Modi.

President Solih is accompanied on the visit by a delegation of senior government officials as well as representatives from leading businesses in the Maldives.

They were welcomed upon arrival at the Receptorium Air Force Station in Palam, New Delhi, on Monday afternoon by the Indian Minister of State for Fisheries, Animal Husbandry, and Dairying, Dr. Sanjeev Kumar Balyan, and senior officials of the Indian External Affairs Ministry.

A traditional performance was presented to greet the delegation on their arrival.

President Solih will conclude his visit and return to the Maldives on August 4.

President’s Office said the visit to India denoted the close relationship between the two countries.

India has been a key partner in Maldives’ socioeconomic development.

Terror charges against 3 in murder of journalist