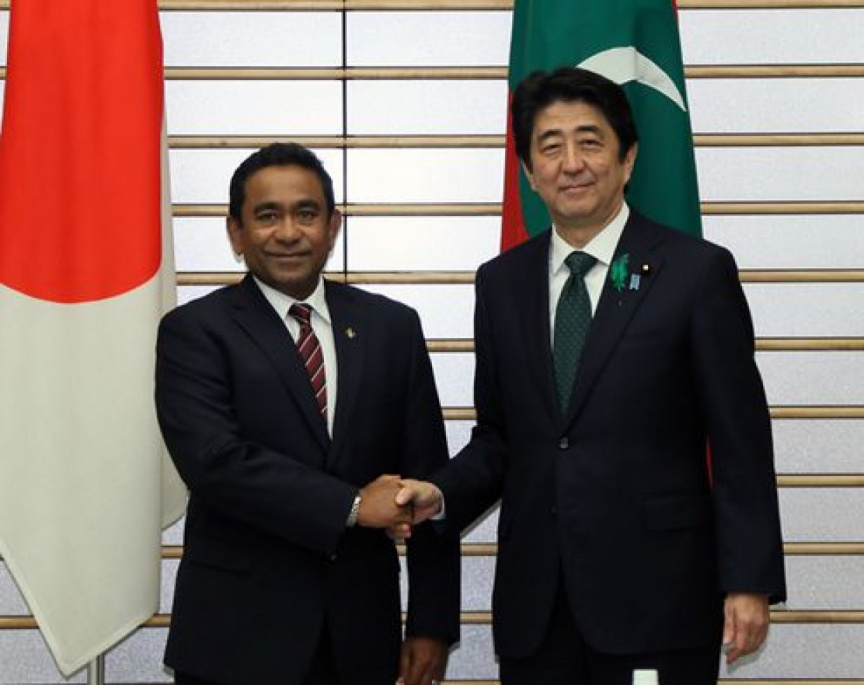 The opposition coalition, composed of Progressive Party of Maldives (PPM) and People’s National Congress (PNC) said Friday that former Japanese Prime Minister Shinzo Abe had strengthened the ties between Maldives and Japan during his administration.

The coalition made the remark in a statement after Abe, 67, was fatally shot in a shocking attack during a campaign speech in western Japan.

In the statement, the coalition conveying condolences to Abe’s family on behalf of the opposition leader, former Maldivian President Abdulla Yameen Abdul Gayoom, and members of the coalition.

The opposition coalition said in the statement that Abe had maintained close relations with Maldives, and had enhanced cooperation between Maldives and Japan during his administration.

The coalition also highlighted on the warm hospitality then-President Yameen received from Abe during his state visit to Japan in 2015.

The closeness Abe maintained with Maldives will not be forgotten, said the coalition.

Abe was shot from behind minutes after he started his speech in Nara. He was airlifted to a hospital for emergency treatment but was not breathing and his heart had stopped. He was pronounced dead later at the hospital.

Police arrested the suspected gunman at the scene of an attack. He was identified as Tetsuya Yamagami, 41. He was found to have served in the Maritime Self-Defense Force for three years in the 2000s.

Abe had been Japan’s longest-serving prime minister, holding office from December 2012 to September 2020.