Police: No external party involved in probe into blackmail, leaks 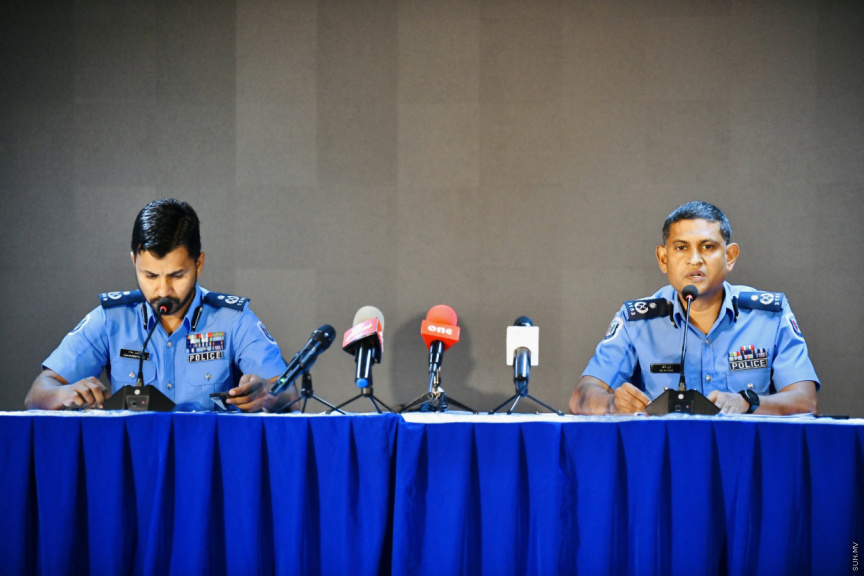 Maldives Police Service on Wednesday stated that there was no involvement of any external party in the ongoing investigation into the recent leak of photos and videos allegedly showing high-profile individuals in compromising positions – found to be linked to a blackmail ring.

The statement was made after some media outlets reported that a team from India arrived in Maldives to take part in the investigation.

Police reiterated that the investigation was being conducted only by the authority’s Serious and Organized Crime Department.

In a press conference held on Monday addressing the issue, Assistant Commissioner of Police Mohamed Riyaz said that the blackmail ring in question came to the attention of police in late March, and added that some of the suspects have even been identified.

Photos and videos were leaked on social media over the weekend, allegedly showing high-profile individuals engaging in sexual activities, including with members of the same sex and with more than one partner.

Police urged anyone with information about blackmail using explicit content to not hesitate in reporting it to the authorities.