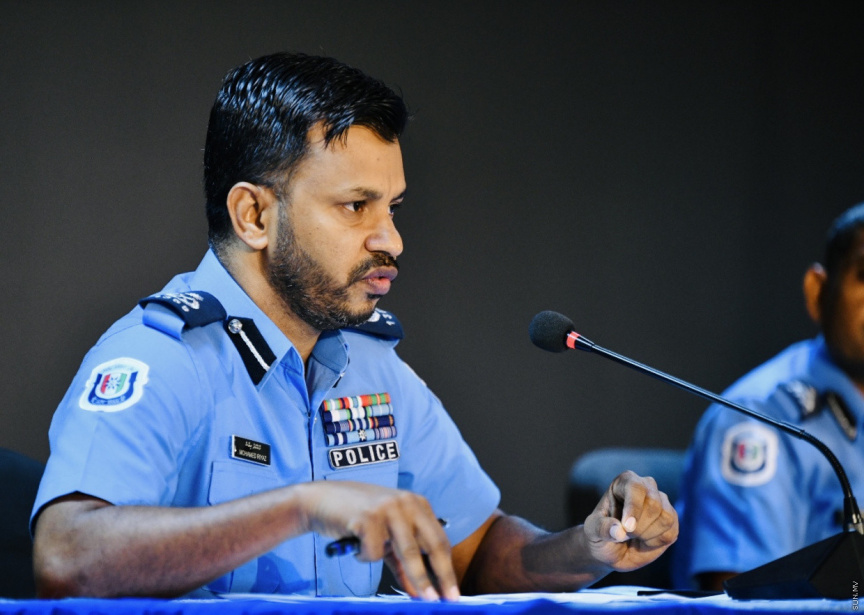 Underscoring the increase of cases pertaining to blackmail using explicit videos since late March has been brought to the police’s attention - Assistant Commissioner of Police Mohamed Riyaz has said that some suspects involved in the crime have been identified.

Responding to a question by Sun at a press conference held on Sunday, ACP Riyaz said that an increase in similar cases was brought to the attention of police in late March.

“We had been carrying out investigative work pertaining to these cases using the necessary means to investigate cases of this nature,” he added.

Pointing out such videos were being leaked even at present, ACP Riyaz said there are people leaking the videos, hiding behind curtains.

“In connection to this case, we have identified some suspects involved in the videos. The investigation against them is underway,” he had said.

He requested individuals being blackmailed with such explicit photos or videos to lodge cases with the police at the earliest.

“Due to the nature of the case, even I do believe that some people will be hesitant to talk about this. To give statement to police,” he added.

Nevertheless, ACP Riyaz said that investigation in such a case can only proceed with cooperation from the victim.

He also gave assurance that the investigation will not be obstructed although high-profile individuals are involved in the case.

Videos and photos of at least three high-profile individuals engaging in sexual relations were leaked on social media over the weekend.