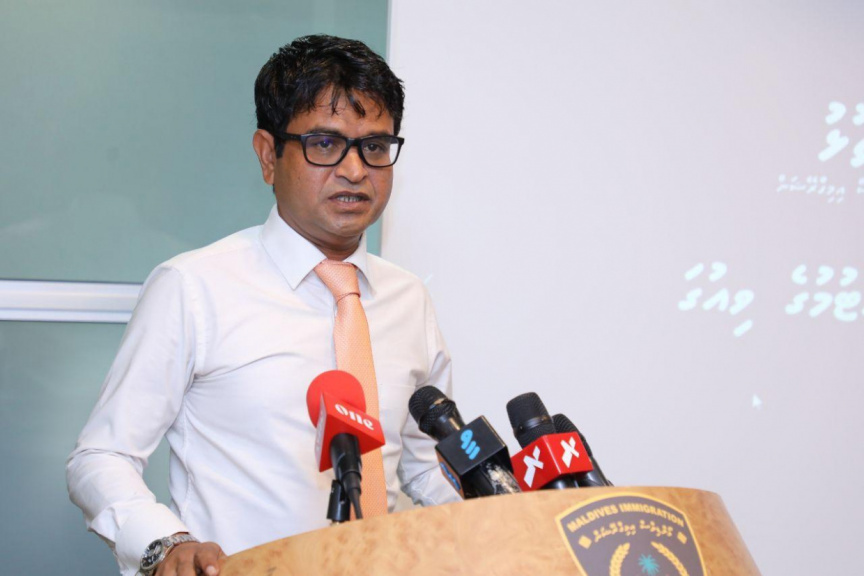 Hoarafushi MP Ahmed Saleem (Salle) has denied allegations he recorded himself engaging in sex with another man, stating he never committed an act prohibited under Islamic Sharia and Maldivian laws.

He made the statement in a letter to the Commissioner of Police Mohamed Hameed on Sunday, after a video was leaked over social media which allegedly shows Abdulla Naseer Ibrahim, former RaajjeTV reporter, performing oral sex on a man. Shortly after the video was released, Salle was hit with allegations he was the second man on the video.

In the letter, Salle said was he was the parliamentary representative of thousands of constituents, and asked the police to conduct a full investigation into reports accusing him of engaging in an act declared haram in Islam.

“What I didn’t do, I didn’t do. Given there’s nothing I can do to prove I didn’t do it, I believe it is the responsibility of your institution to reveal the truth of the video or photo which allegedly shows that, and make people understand,” he said.

Salle said he wished for a swift investigation into the case and for necessary legal action if the police find even the slightest evidence.

He said he wished for a fair investigation into the allegation against him, and for people to be informed of the facts.

Videos and photos of at least three well-known individuals engaging in sex were leaked on social media over the weekend.

The first was a video which allegedly shows Ahmed Nazim Abdul Sattar, a prominent lawyer and the younger brother of Parliament speaker, former president Mohamed Nasheed, having sex with a Bangladeshi man.

The third was the video which allegedly shows an unseen man with former journalist Naseer.

Police have stated they are investigating a blackmail case, involving multiple victims.

'Not unusual for military presence with military ties'