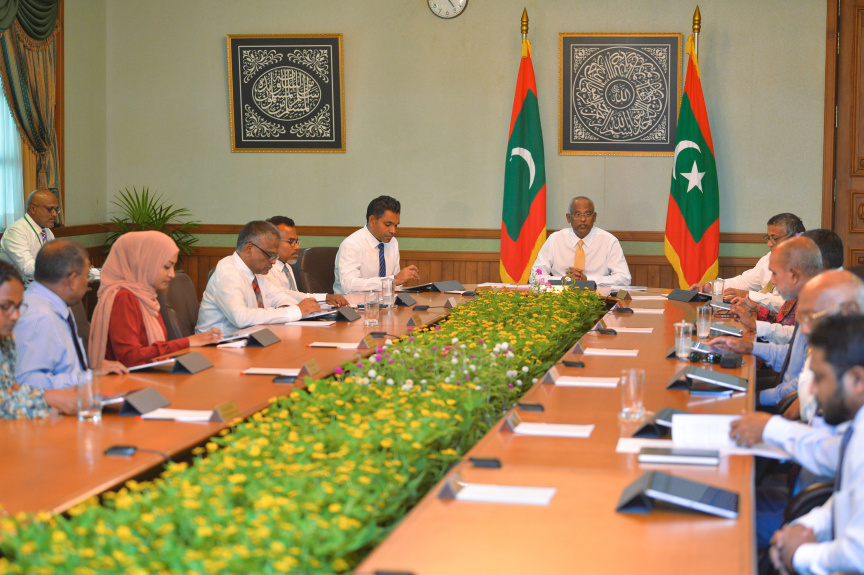 Cabinet convenes for a meeting on June 21, 2022. (Photo/President's Office)

Maldives’ Cabinet has formed a subcommittee to investigate the mob attack on the International Day of Yoga event held at the national football stadium on Tuesday morning.

The event, organized by the Indian Cultural Center and the Sports Ministry, had begun at 06:30 am on Tuesday, and was attended by some 150 participants, including foreign ambassadors and diplomats.

Six suspects were arrested in connection to the incident.

The Cabinet convened for a meeting on Tuesday afternoon, during which it condemned the incident, and formed a subcommittee to conduct an investigation into the incident.

The members of the subcommittee are:

Meanwhile, Elections Commission has issued a statement warning any political party found to have been involved in the mob attack would be penalized.

President: We have given people basic independence