Adhurey: Mob attack could have been staged by govt. to blame PPM 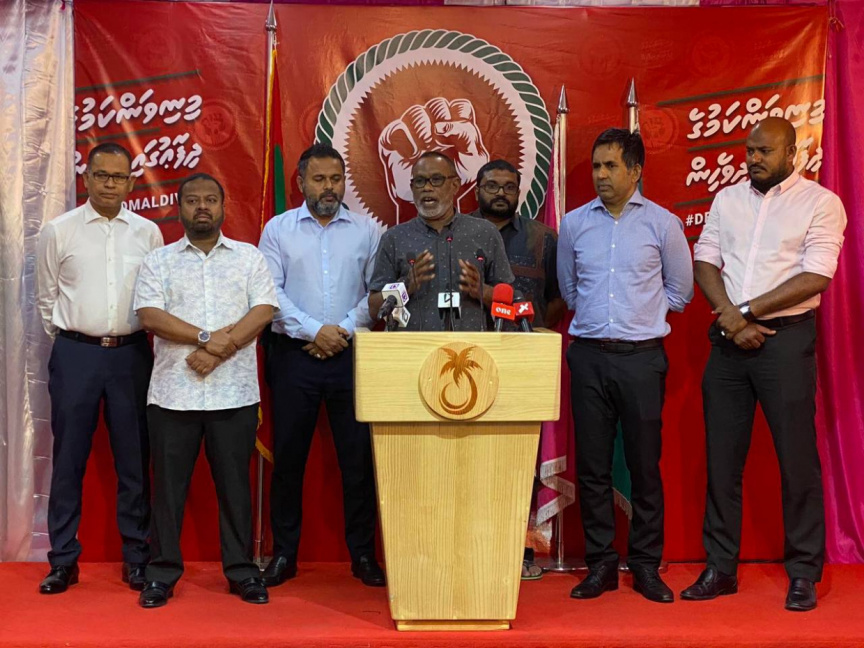 People’s National Congress (PNC)’s leader Abdul Raheem Abdulla (Adhurey) states that the mob attack on the International Day of Yoga event held at the national football stadium on Tuesday morning could be claimed to have been staged by the government to cast blame on Progressive Party of Maldives (PPM), which, together with PNC, form the opposition coalition.

In a press conference on Tuesday evening, Adhurey said the incident showed the failure of the government.

“How else could a group of people storm the Galolhu Stadium. For example, authorities have stopped peaceful activities planned by PPM based on the assumption violence may take place,” he said.

Adhurey said he believes the mob attack took place because the police allowed it to happen.

“People weren’t able to pass those gates even when it was jampacked with supporters who wanted to buy tickets during the SAFF Championship. How were they able to enter today?” he asked.

Adhurey said he believes the incident was planned by the police.

Adhurey said the opposition coalition would provide their full cooperation to the investigation into the incident, but wanted an independent investigation.

“Having the President appoint his brother-in-law as Commissioner of Police, and using him to cast blame on whoever the President wishes, and arresting and investigating them…. This is not how it should be,” he said.

Adhurey said that all political activities were pre-announced, and the police were informed of the activities well beforehand.

He said the incident was therefore an attempt to defame PPM and its leader, former president Abdula Yameen Abdul Gayoom.

Police have stated that some of the items used by the mob that attacked the participants of the yoga event came from the PPM office.