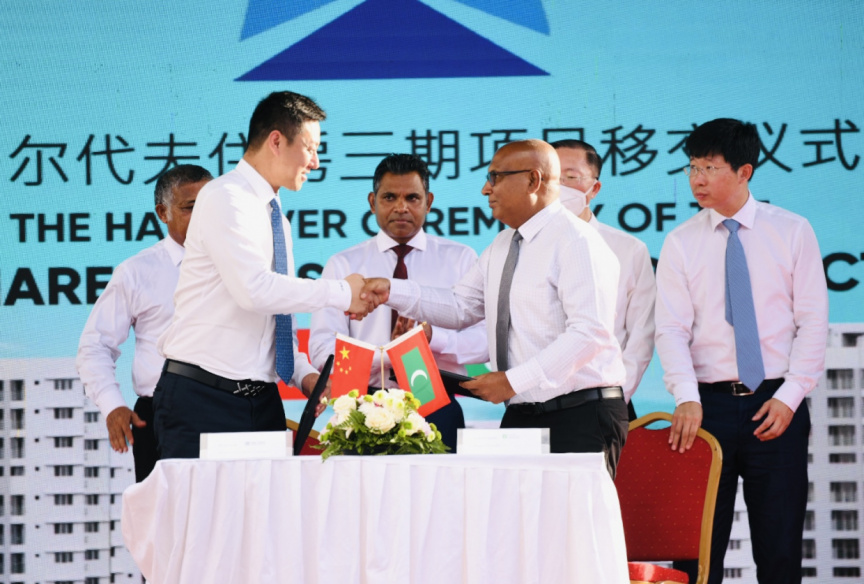 The agreement pertaining to the hand over was signed by HDC’s Managing Director Suhail Ahmed and China Machinery and Engineering Company (CMEC)’s Chief Representative to Maldives Liu Xiaoda in a ceremony held at Hulhumale’ Phase II on Monday evening.

Speaking at the ceremony, Suhail said companies like CMEC played an important role in the development of Hulhumale’.

“We are able to develop this island with the aid of developers like these, and through the relationship they have with the government,” he said.

CMEC’s Chairman Wang Bo said the company had been involved in various projects in Maldives since 2019.

“Maldives has become a second home to our workers,” he said.

1,344 apartments have been built in 10 towers under the Vinares Housing Project. HDC is offering prospective buyers the chance to tour a mock apartment built under the project.

Those with income below MVR 61,000 eligible for Vinares