EXIM Bank: No reason to slow down the development projects underway in Maldives 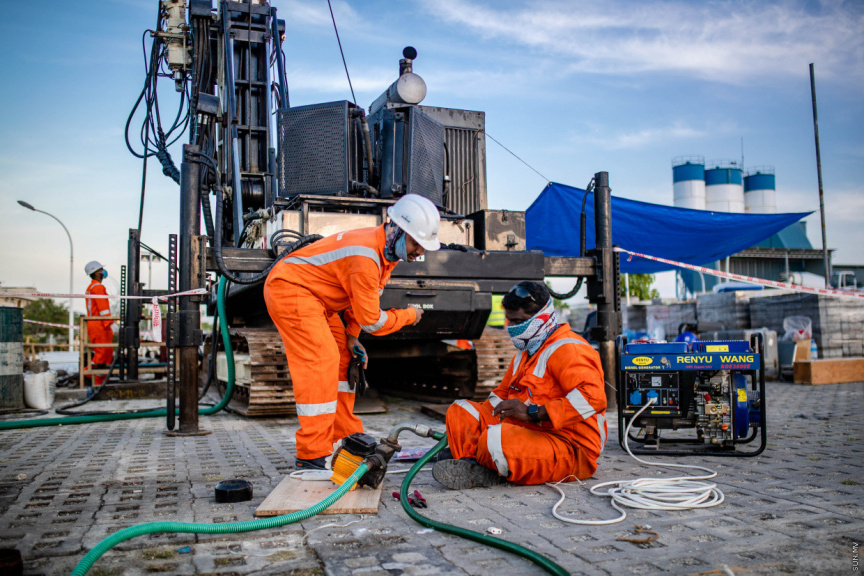 Export-Import Bank of India (EXIM Bank) has stated that there is no reason to slow down development projects underway in the Maldives – citing the significant improvements seen in the tourism sector following the COVID-19 pandemic; the main pillar of the Maldivian economy.

With the loans withdrawn within the first three months of this year – state debt has climbed up to MVR 98 billion. Subsequently, experts have warned that Maldives may fall into economic crisis similar to that of Sri Lanka – unable to repay the loans. Therewith, many individuals including Parliament Speaker, former President Mohamed Nasheed have stressed that this was not the ideal time to move forward with developmental projects.

A delegation comprising of 19 journalists from Maldives undertook an official visit to India last week – during which senior officials from EXIM Bank held a meeting with the journalists at the Bank’s headquarters in Mumbai. EXIM Bank is the financial institution that has issued the most number of loans for development projects currently underway in the Maldives. This includes major projects such as Thilamale’ Bridge and cricket stadium to be developed at Hulhumale’.

Answering questions posed by Maldivian journalists regarding the country’s economy – EXIM Bank’s General Manager Nirmit Ved said that projects being carried out with loans from the Bank will be extremely beneficial to the Maldivian economy in the future; adding that he hence sees no reason not to move forward with the projects.

Responding to Ved – Maldivian journalists raised avid concern regarding the cricket stadium to be developed at Hulhumale’ through a loan from EXIM Bank. Their main concern was the lack of support and hype for cricket in the Maldives – due to which they do not understand how the project would be beneficial to the Maldivian economy.

Addressing the concerns of the journalists – Ved detailed that the cricket stadium could be utilized to benefit from sports tourism. On this note, he detailed that India’s cricket league matches can be held in the Maldives in the future – to monetize the stadium. Ved stressed that for this reason – the project is not one that does not meet ends.

“When such a match is held, sports tourism will flourish. Many people will travel to Maldives to view the matches. They will stay in hotels. This is money which will enter the economy,” he had said.

Speaking further, Ved said that the Bank only issues loans for projects chosen by the Government of Maldives. Whilst USD 1.2 billion has been allocated for the Maldives as loans from EXIM Bank – Ved noted that only USD 133 million has been disbursed so far.