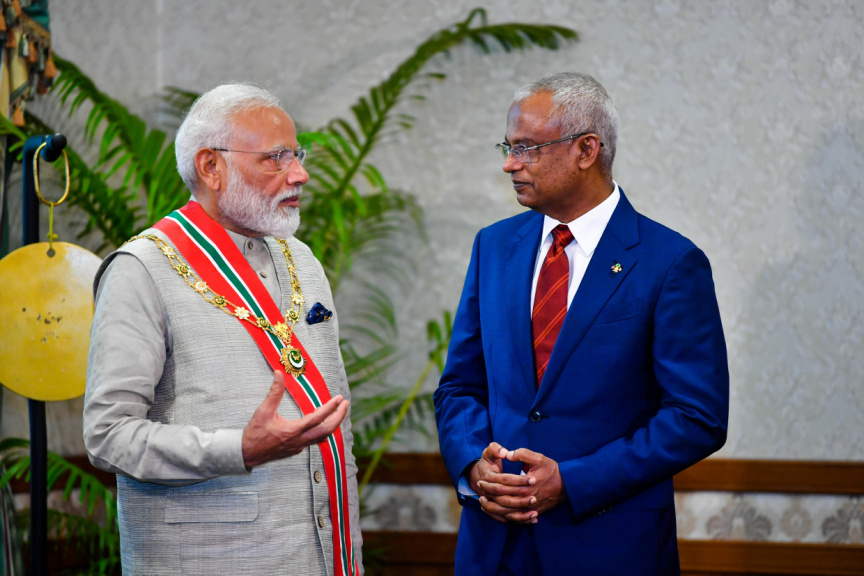 The Maldivian government has issued a statement welcoming the denouncement of Indian government of derogatory remarks by two top Bharatiya Janata Party (BJP) officials regarding the religion of Islam.

BJP suspended spokeswoman Nupur Sharma over derogatory comments about Prophet Mohamed she made during a TV debate, and expelled spokesman Naveen Jindal for comments he made about Islam on social media.

In a statement on Monday, the Foreign Ministry said the Maldivian government unreservedly condemned all and any action that purported to pervert the true nature and teachings of Islam and attempts to demean Prophet Mohamed.

Foreign Ministry said the Maldivian government found the derogatory remarks made by the BJP officials in question deeply concerning.

“The Government of Maldives welcomes the denouncement by the Government of India of the derogatory remarks by the concerned officials and the prompt action taken by BJP against those officials,” said the Foreign Ministry.

Earlier Monday, an emergency motion over the failure of Maldivian government to condemn the comments of BJP officials was dismissed from the Parliament.

The opposition PPM-PNC coalition, JP and AP, have issued statements condemning the derogatory comments, along with multiple Islamic nations.