Petition with 2700 signs call to free ‘Amindahtha’ in Addu City 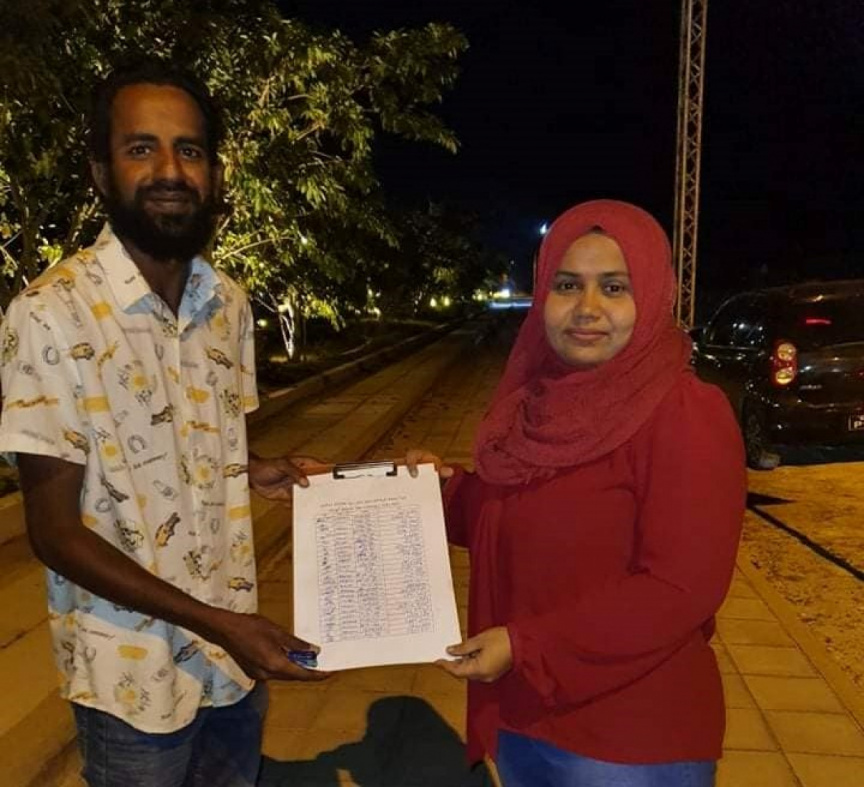 Addu's residents have filed a petition to the relevant authorities with 2,700 signatures calling to free Amindhiye.

The residents of Addu City have submitted a petition with 2,700 signatures has been submitted to the relevant authorities, calling to release Amindhiye (Aamindhatha) – the 59-year-old arrested in connection to the sexual abuse of a six-year-old in the city.

Amindhiye is a custodial worker in Sharafudheen School, where the minor attends.

One of the leading members of the protest calling to free her revealed that the petition was submitted to Maldives Police Services, Ministry of Gender, Family and Social Services, Human Rights Commission of the Maldives, the Parliament as well as the Addu City’s council.

“It is our hope that the pleadings of all those who signed the petition will be listened to, and Amindhatha who is jailed unjustly will be released immediately,” he said.

Along with Amindhiye’s family, a large number of Addu City’s residents believe her to be innocent and allege that the victim has identified her abuser to investigators to be her grandfather.

Protests have been ongoing in Addu City since Amindhiye was arrested in March. Participants insist that they will not stop until both the victim and Amindhiye get justice.

Furthermore, they believe that the case involves political influence as well.

Hithadhoo Court has ordered her to be jailed until the outcome of her trial.

A spokesperson from the Police had previously told Sun that the authority did not have sufficient evidence against any other suspects in this case.

However, Police noted that it was an open investigation, and based on any new findings, action will be taken against anyone deemed necessary.