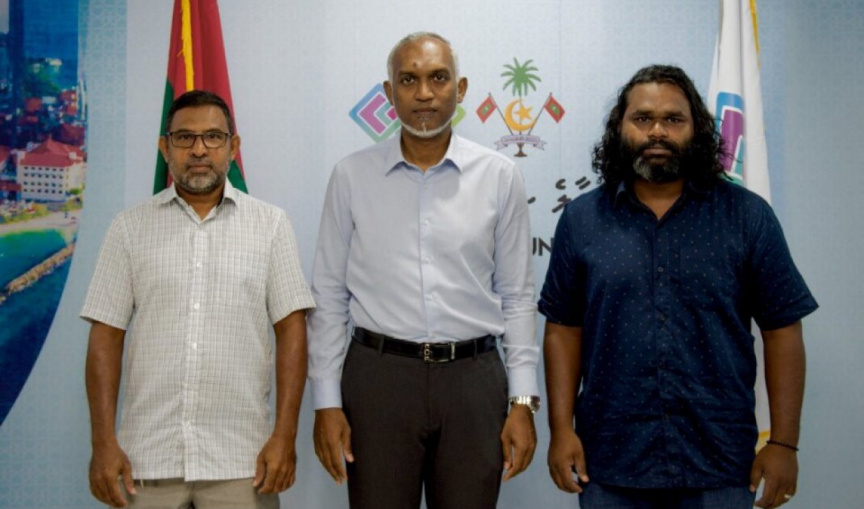 Representatives from Hiyaa Union which attended this meeting are the Union’s President Abdulla Amzal Rasheed and Financing Officer Abdul Sattar.

In a statement released by Male’ City Council, they underscored that the main concern raised by the Hiyaa Union during this meeting was the enforcement of the high rent on Hiyaa Flats coinciding with the month of Ramadan.

Another concern raised by the Hiyaa Union as per Male’ City Council include lack of easements provided by the government despite the huge cost incurred by tenants to complete the finishing works of their units – which was handed over to them incomplete.

Male’ City Council said that Hiyaa Union also expressed concern over the roads constructed at the Hiyaa Flat area which is lacking street lamps and pavements whilst it has been opened for public use. They also cited the lack of street markings which has led to disorganized parking in the area.

Hiyaa Union had also raised concern over non-collection of waste by Housing Development Corporation (HDC) at the Hiyaa Flat areas – due to which increase waste collected on roads have dirtied the area.

At the meeting, Mayor Muizzu encouraged the Union to continue their efforts to resolve the issues they faced and gave assurance that the City Council assist them in any way they could.

Mayor Muizzu has previously raised concerns regarding the issues faced by Hiyaa Flat tenants on multiple occasions. He has recently formally requested the government to grant an additional three-month extension to the rent moratorium for the flats and to extend the deadline granted to complete finishing works.

Whilst Hiyaa Flat tenants continue to express concern over the high rent charged – government has stated they the lent cannot be lowered any further as they a due to pay back the loan drawn out to develop the flats.