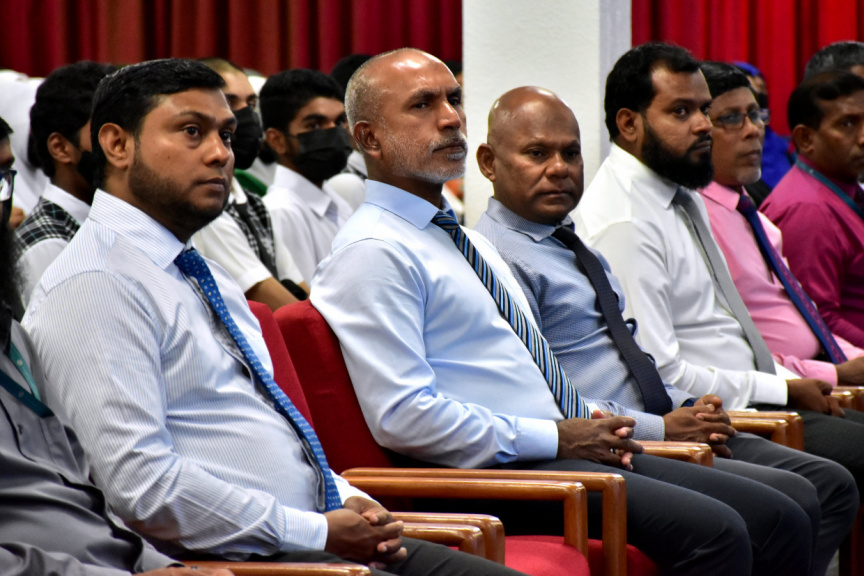 A capture from the inaugural session of Ramadan 1443 Ihya Forum held at Male' City on April 7, 2022. (Photo/Islamic Ministry)

Islamic Ministry has stated that participants of this Ramadan’s Ihya Forum stand the chance to win exciting prizes.

Speaking at the inaugural session of Ihya Forum held last night, Islamic Minister Dr. Ahmed Zahir Ali said that participants in every session held at both Male’ City and atolls stand the chance to win prizes in a lucky draw.

Therefore, Minister Zahir stressed on the importance of safekeeping the token issued to the participant every night.

Noting that the lucky draw will be taken separately for those attending the sessions in Male’ City and atolls – Minister Zahir said that a first, second and third would be drawn and given prizes. He detailed that cash rewards are amongst prizes that will be awarded by the Islamic Ministry.

The lucky draw will be taken after the session each night – whereas winners will be handed over their prizes immediately,

Ihya Forum – a series of Islamic lecture forums held biweekly throughout Ramadan - was introduced in 1980 during former President Maumoon Abdul Gayoom’s administration, and the tradition has been followed by every Maldivian administration which has come to power since.