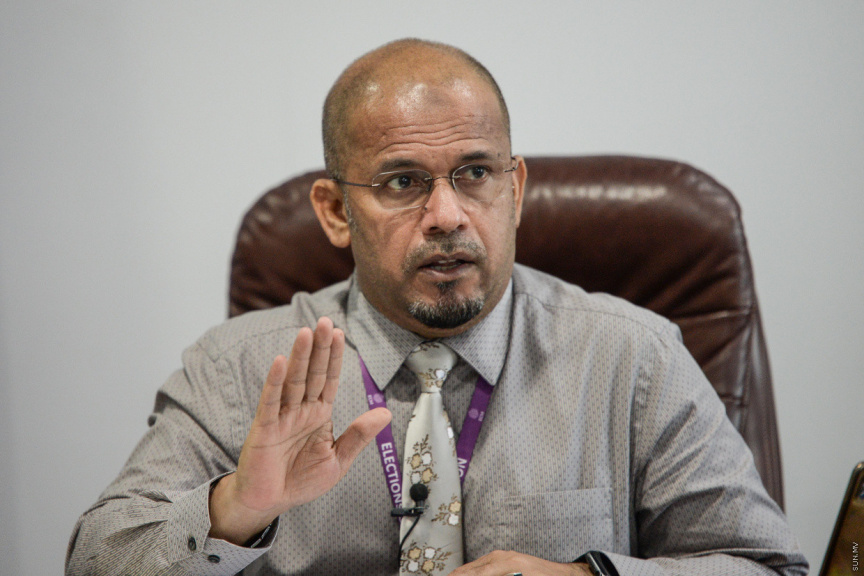 Hassan Mughnee has been dismissed as Managing Director of State Electric Company (STELCO), and replaced by Ahmed Shareef – the former Chairman of Elections Commission.

STELCO confirms Shareef was appointed the Managing Director of the company on Tuesday.

Prior to his appointment to Elections Commission, Shareef had served as Managing Director of Fenaka Corporation during former President Abdulla Yameen Abdul Gayoom’s administration.

He resigned from the Elections Commission in June last year, sparking rumors of an imminent appointment to a political post.

Shareef had been hit with criticism from Yameen’s PPM following the party’s defeat in the 2018 presidential elections, and had publicly announced his support for President Ibrahim Mohamed Solih following his resignation from the Elections Commission.

Meanwhile, Mughnee has been appointed to a top post within the Energy Authority.

President’s Office has also proposed changes to managing directors of additional state-owned enterprises to the Privatization and Corporatization Board; this includes the transfer of Waste Management Corporation (WAMCO)’s Managing Director Adam Mohamed to Maldives Post Limited. It is unclear where Maldives Post Limited’s current Managing Director Ahmed Shafeeq will be transferred to.