Foreign Secretary: Other countries express concern over ‘India Out’ campaign 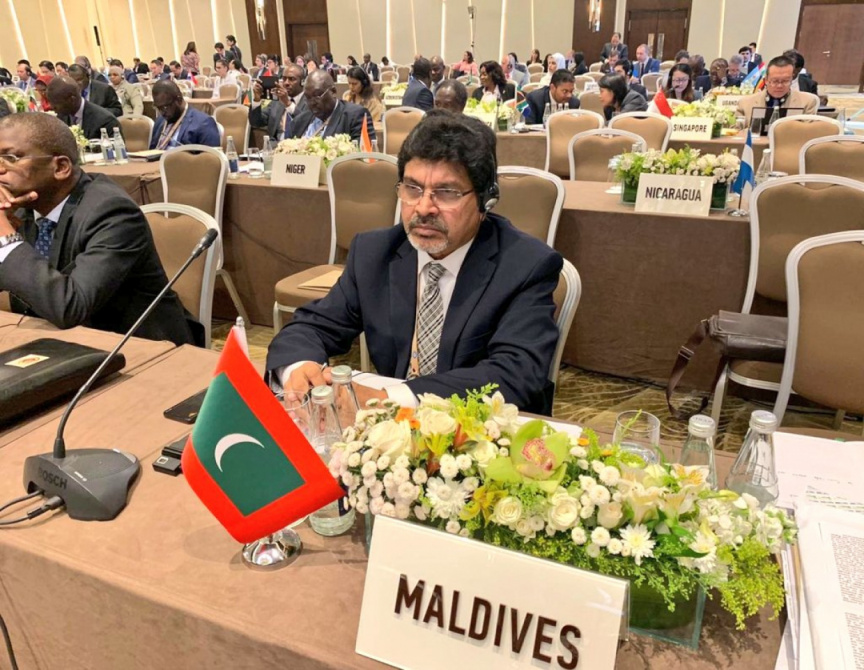 The Foreign Secretary at Ministry of Foreign Affairs Abdul Gafoor Mohamed on Monday stated that the embassies of other countries in Maldives have been expressing concerns over the ‘India Out’ campaign.

Speaking at the Parliament’s Committee on National Security, (214 Committee) the Foreign Secretary said that it was not only India that was expressing concern over the targeted campaigns at a particular country.

“Other countries that have embassies in Maldives have also raised concerns. They have also requested to heighten security at their embassies.”

State Minister Khaleel said that with more diplomats residing in Maldives, such campaigns will affect other countries too.

“India is biggest power in terms of economics, military and politically in this region.”

Foreign Ministry officials were summoned to the committee as part of an investigation into the ‘India Out’ campaign.

‘India Out’ campaign which is spearheaded by the opposition leader, former President Abdulla Yameen Abdul Gayyoom has been expanded across the country, with supporters graffitiing walls of their houses with messages pertaining to the campaign.