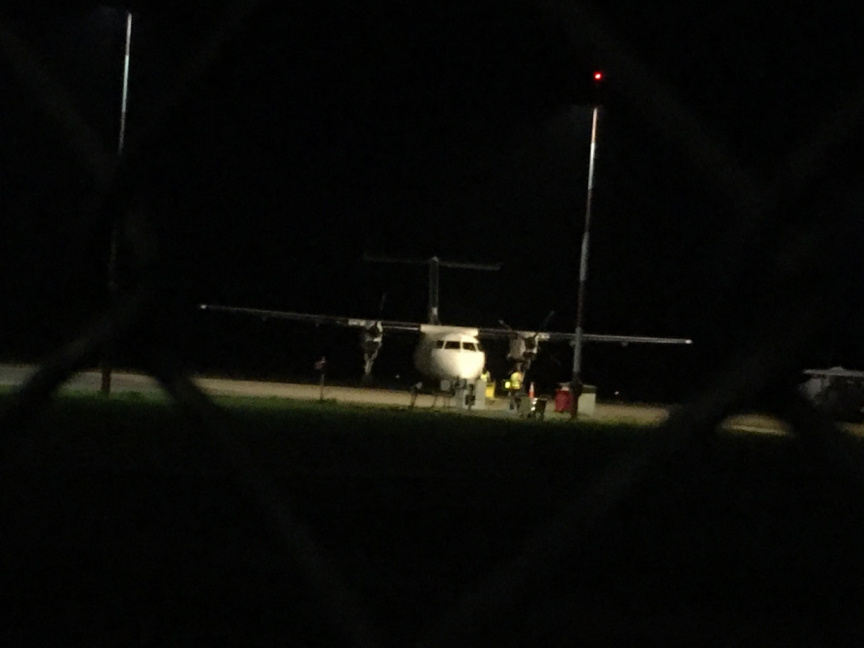 The plane on board which a fire broke out is parked at the Hanimaadhoo International Airport on January 18, 2022. (Photo/Hanimaadhoo Council)

A fire broke out inside a plane at the Hanimaadhoo International Airport during takeoff on Tuesday.

According to Maldives National Defense Force (MNDF), the fire broke out inside the cockpit of the plane, operated by national airline, Maldivian.

The fire has been put out.

“All passengers were safely escorted off the plane. The plane is currently being towed,” said MNDF.

The police quoted airport officials and said that the fire resulted in cracks on the windscreen of the cockpit.