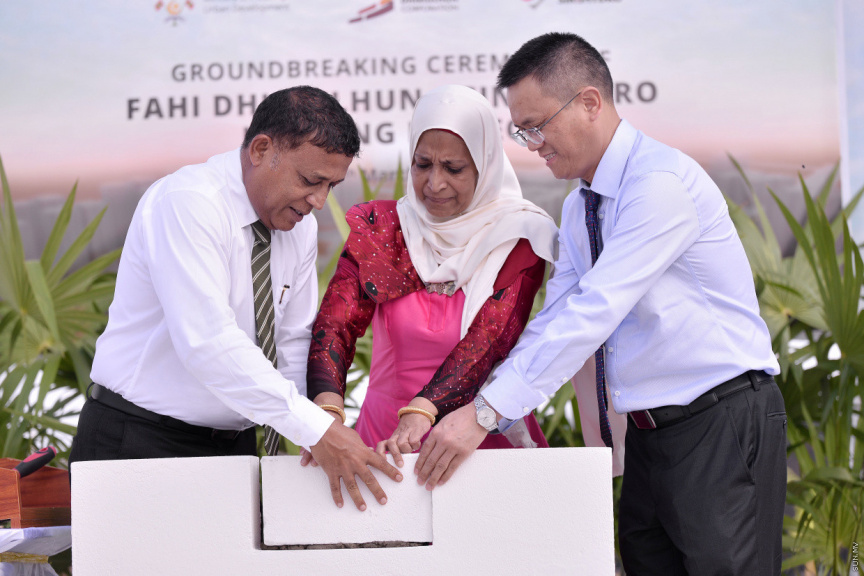 Bank of China – which previously committed to financing the 1,700-unit project in Hulhumale’ – the first housing project the current government broke ground on in the greater Male’ region – has withdrawn the offer.

According to information published on Isles – the website on government projects – the contractor of the project – Sinohydro Global Construction – is facing difficulties in securing 85 percent of the funds for the project.

The Bank of China had previously committed to financing the USD 133 million project.

“The bank that committed to finance the project has withdrawn the financing offer. Now contractor is negotiating with other banks,” reads the information on the website.

The 1,700 housing units are to be developed in eleven 15 and 16-storey towers. The towers will include 1,020 three-room apartments and 680 two-room apartments.

The groundbreaking ceremony for the project was held in March last year.

The government previously said it expected the project to be completed within two years.

However, Planning Minister Mohamed Aslam, speaking to reporters in February, cast doubt over whether the project can be conducted. He said that the loan agreement had not been signed.

Indian team arrives to probe cause of mangrove die-off