Indian researchers in Maldives to probe cause of mangrove die-off 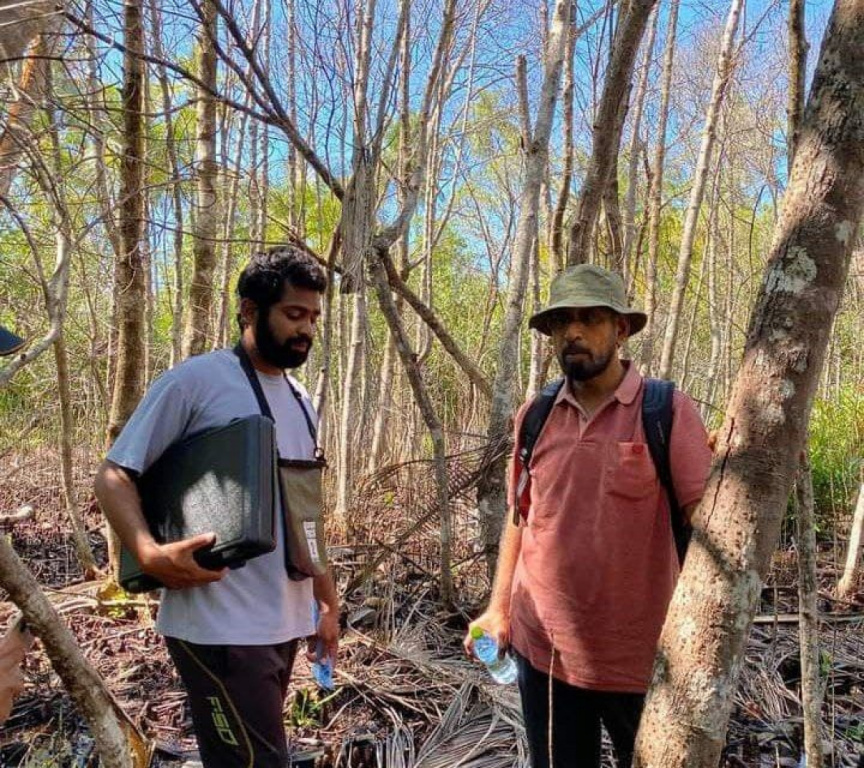 Indian researchers in HA. Kelaa to investigate the cause of the die-off of mangroves on December 6, 2021. (Photo/EPA)

A team of experts from India have arrived in Maldives to conduct research to determine the cause of the die-off of mangroves in several Maldivian islands.

The team will work in Maldives until December 10.

The team will work in collaboration with Environment Ministry and Environmental Protection Agency.

“The main task of the team is to identify the cause of the die-off of mangroves. The team’s members are doing a lot of work on that front,” he said.

The team is currently in HA. Kelaa.

The team consists of four representatives from Cochin University of Science and Technology (CUSAT). The team is led by Sivasankaran Bijoy Nandan the head of CUSAT’s Department of Marine Biology, Microbiology and Biochemistry.

The large-scale die-off of mangroves in Maldives came to attention back in March last year. The first cases were reported from H. A. Kelaa and H. Dh. Neykurendhoo. The phenomenon has since been reported from 11 islands, including Sh. Feydhoo, H. A. Uligan, and G. Dh. Hoadedhoo.

Maldives is home to 15 mangrove species, including the rare bruguiera hainesii species, one of the two critically endangered mangrove species listed in the IUCN Red List of Threatened Species.

The rare mangrove species was discovered in Kelaa last year.