Yameen: Inmates must be given internet, opportunity to research 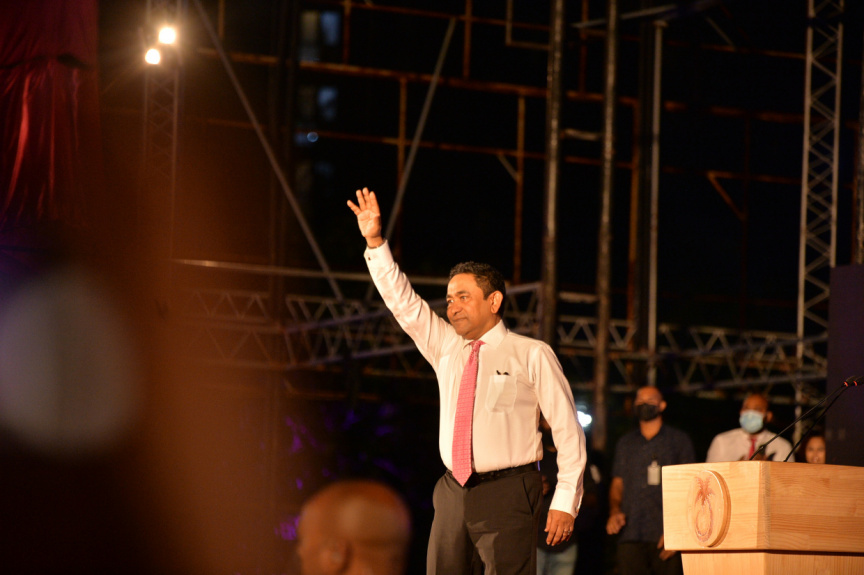 Former Maldivian President Abdulla Yameen Abdul Gayoom states inmates must be given the opportunity to conduct research during the time they spend in prison.

Speaking during a rally held by the opposition PPM-PNC coalition at the Alimas Carnival area in Male’ City on Friday evening to celebrate his release from prison, Yameen said that politically motivated convictions don’t make a person a criminal.

Noting that Home Minister Imran Abdulla once commented that he was served meals such as chicken biriyani during his incarceration, Yameen said that it wasn’t chicken biriyani that inmates wanted.

Yameen said that one of the most basic rights inmates such as himself are entitled to is the opportunity for research.

“Inmates, people who are detained, need to be given the right to research,” he said.

Yameen said that it was an opportunity available to inmates in the most civilized countries, even to those convicted of the most serious of crimes.

“Why shouldn’t I have been given access to internet, and given the opportunity to research related cases?” he said.

Yameen said that he would have been better equipped to deal with the case against him if he had been given that opportunity.

“I trust my legal team; I rely on them. However, it was I myself who was made a scapegoat. So, I would want to conduct research, and advocate for myself based on the knowledge I gain through research,” he said.

The bench overturned the conviction with the unanimous consensus of all three justices earlier this week.