Efforts underway to deliver second shipment of 20 ambulances to atolls 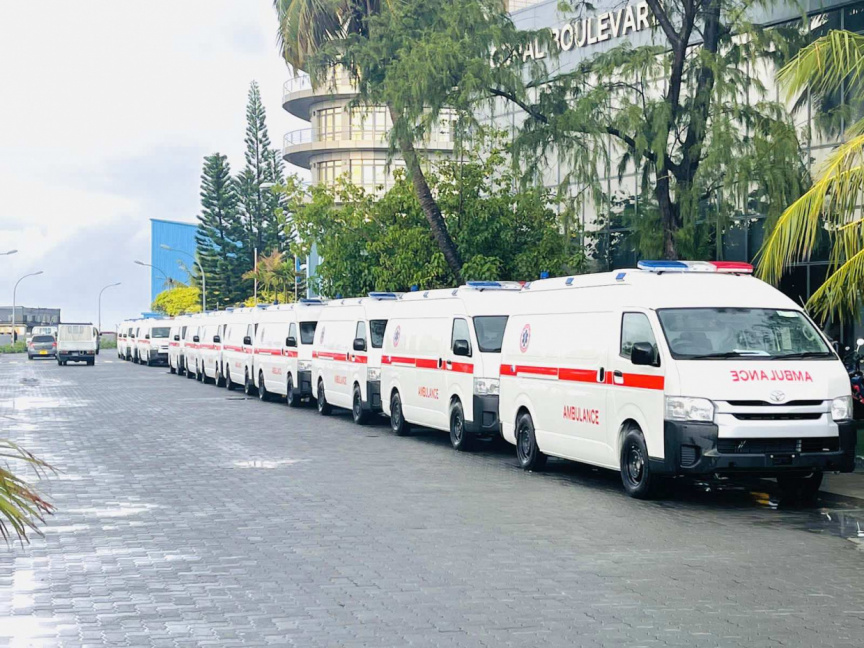 The second shipment of 20 ambulances to be sent to local islands. (Photo/Health Ministry)

Health Ministry’s State Minister Ahmed Adil told Sun that following the clearance of the ambulances by Customs, as well as the completion of other administrative steps, the Ministry has now commenced efforts to deliver them to atolls.

“We are working to ensure that the third shipment arrives by mid-December or by the end of December. This will solve the ambulance issue faced in the Maldives,” he added.

“Ambulances from 2000, 2003 and 2005 are there. The ambulances brought afterwards are bizarrely small in sizes. It is unlikely for a person who is 5 foot 10 or 11 inches to lay there without having the legs touch the backdoor,” he detailed.

Therefore, Adil said that the current administration’s aim is to replace such ambulances and improve the quality of services provided.

“In some islands, especially small ones, ambulance services are needed by a small number of people. Because it is kept for so long without use, it sustains damages. That is why we are requesting to cut down the use of ambulances even though the service is available in such islands,” he added.

Adil also stressed that it is important to ensure that the ambulances are looked well after in such islands.

“Damages will occur when they are kept without being used for transport and without starting the engine for two to three months. Therefore, we have informed them to regularly service the ambulances and such,” he had said.

Adil said that efforts to deliver the twenty additional ambulances procured will commence next week.

“Everyone would have gotten ambulances if we got all 96 of it at the same time. They are arriving either 20 at a time, or 16 or such. That is why we are delivery as we receive them. This does not mean the remaining islands will not be getting ambulances. We give full assurance that all islands will be provided ambulances,” he added.

The first shipment of the ambulances, containing 20 of them, had been delivered to atolls within last October.