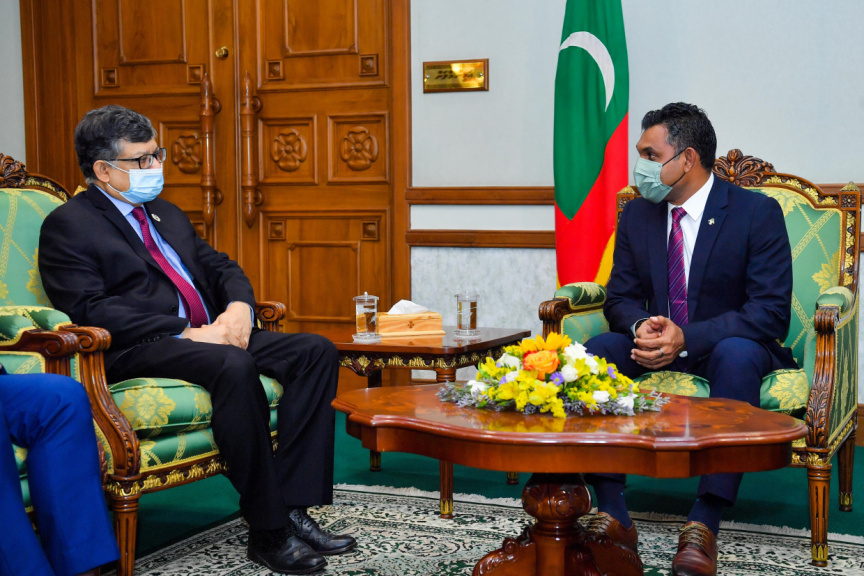 During the call, Faisal and Momen discussed the close bilateral ties between Maldives and Bangladesh, emphasizing that the numerous interactions between the two countries' top officials this year have helped to improve relations.

Continuing the conversation, they explored avenues of cooperation between the two countries, ahead of an official visit to the Maldives later this year by PM Sheikh Hasina.

Momen expressed delight over the reopening of Maldives’ borders and restarting the tourism sector - which was shut down last year due to the COVID-19 pandemic.

He also commended Maldives’ determination to vaccinate the entire population, regardless of nationality.

Speaking about his recent official visit to Bangladesh, Faisal said that seeking solutions to the need for human resources in the health sector had been a key priority of his visit, as the need for healthcare staff had considerably increased with the decentralization efforts of the Maldivian administration. He said that the decentralization efforts are focused on bringing services closer to the people.

Ending the call, Faisal expressed gratitude for the generous hospitality received by the Maldivian delegation during his recent visit to Bangladesh.

Both he and Momen affirmed their mutual commitment to ensuring that Maldives-Bangladesh relations always remain strong.