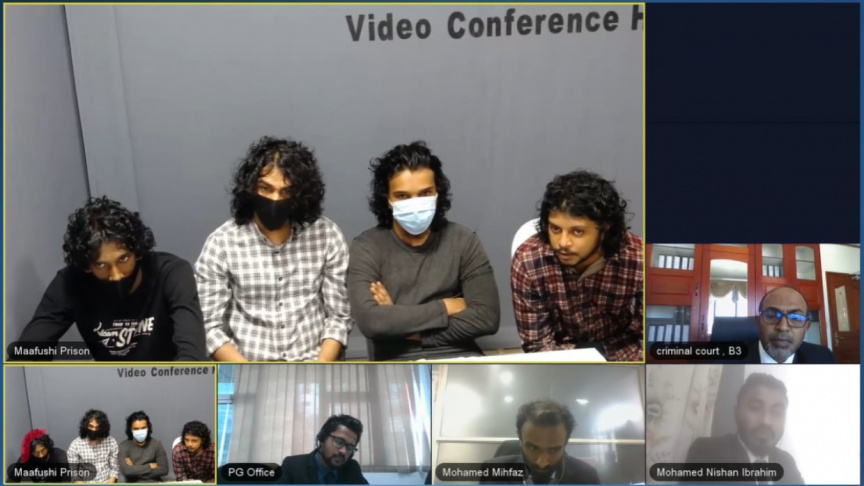 Screengrab from the virtual hearing at the Criminal Court on November 28, 2021.

Criminal Court, on Sunday, found four men guilty of murdering a teenage boy in 2018, and sentenced them to life imprisonment.

Four men were charged with his murder. They are:

All four have prior criminal records for drugs, theft, muggings and assault. Police concluded their investigation into the case and asked the Prosecutor General’s Office for charges against them on December 12, 2018.

The Criminal Court found them guilty of the charges on Sunday.

While all four were issued life sentences, they will only need to serve 21 years, 10 months and 25 days, as they had been jailed pending the outcome of trial.

The time they spent in jail was considered time served.

A life sentence is 25 years.

According to the judgement, the judge decided against issuing the death penalty because of a letter submitted by one of the secret witnesses, claiming his testimony was motivated by a personal vendetta against the suspects. The judge therefore decided to exclude the testimony.

Police previously stated that Shaffan’s murder was a revenge attack, preceded by a serious of violent fights between two gangs.