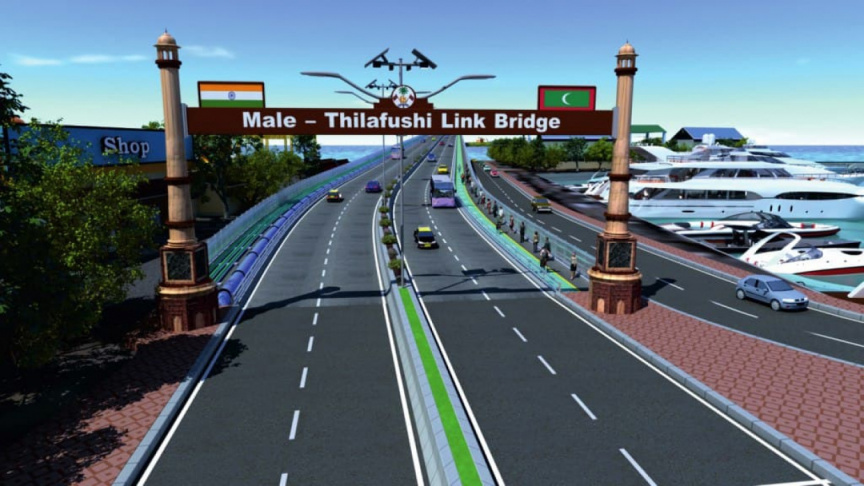 India has released a USD 15 million grant as part of the mobilization advance for the Greater Male’ Connectivity Project – a project which will link Male’ City with Vilimale’, Thilafushi and Gulhifalhu.

The Greater Male’ Connectivity Project – set to be the largest infrastructure development project in Maldives – is financed under an Indian grant of USD 100 million and a USD 400 concessional credit line from India’s Exim Bank.

The Exim Bank had earlier disbursed USD 60 million for the implementation of the project.

Maldivian government states the advance payment will speed up ongoing mobilization of labor and material, so that physical work can begin soon.

The project was awarded to India’s Afcons Infrastructure on August 26.

The project involves construction of a 6.74-kilometer-long bridge along with a causeway link. According to the Indian High Commission in Maldives, the bridges between islands will measure 140 kilometers.

Bus terminals will also be built at the bridge junction in each island.

Male’-Vilimale’ to be linked via bridge in July 2023

Thilamale’ Bridge to be complete in May 2024