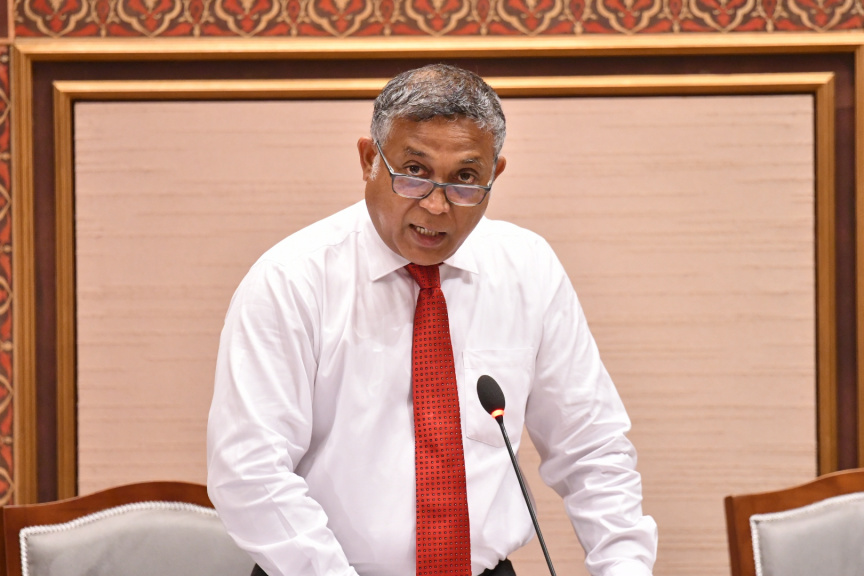 Minister of Planning, Housing and Infrastructure Mohamed Aslam said on Tuesday that the Hiyaa flats built in Hulhumale’ Phase II was poorly planned.

Aslam, who attended the Parliament for a questioning session on Tuesday morning, made the comment in response to a question by Naifaru MP Ahmed Shiyam.

Aslam said that he believes relocating a population larger than that of Addu City to such a small area to be a bad decision.

Aslam said that the project, which was initiated during the former administration, had progressed to the level it couldn’t be halted by the time the current administration came to power. He said he still wanted to demolish the place.

Aslam said that the Hiyaa flats were issued at the people’s request despite concerns from the government, but that the tenants were now complaining about the various issues with the flats.

He said that he had been well aware of the issues that would arise.

‘They are talking about the consequences of gathering such a large number of people to such a small people. Now we, the government will manage this, and all governments to come in the future will manage this. This has reached this point because it was a decision based on a bad decision,” he said.