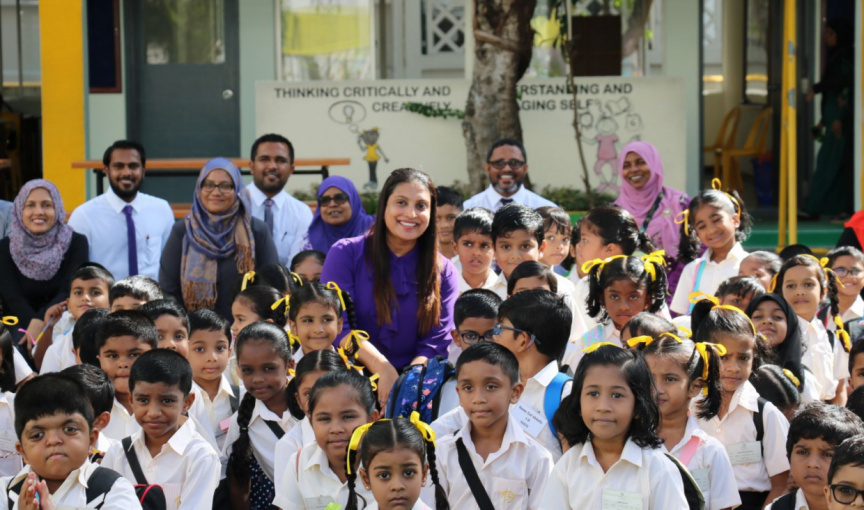 School principals have been instructed to ensure that students are accounted for by teachers during the hours they spend at school.

The instruction was informed to school principals in a circular sent today – which was signed by Education Minister Dr. Aishath Ali.

The circular read that principals must ensure that all students are accounted for by teachers – especially that of those admitted to baby nursery, nursery and foundation stages (LKG and UKG) – during the hours they spent at school.

In addition to this – the circular read the if students of those stages are escorted to the restroom by someone other than their class teachers; the teacher must confirm the identity of the person who is escorting the student.

This stern circular comes in the wake of a sexual assault of a four-year-old preschooler at Galolhu School.

Police announced the arrest of a 63-year-old woman in connection to the case tonight.

'Maldives will not exist if climate change worsens'