Classes at ADh. Atoll Education Centre to be conducted in one session with 16 new classrooms 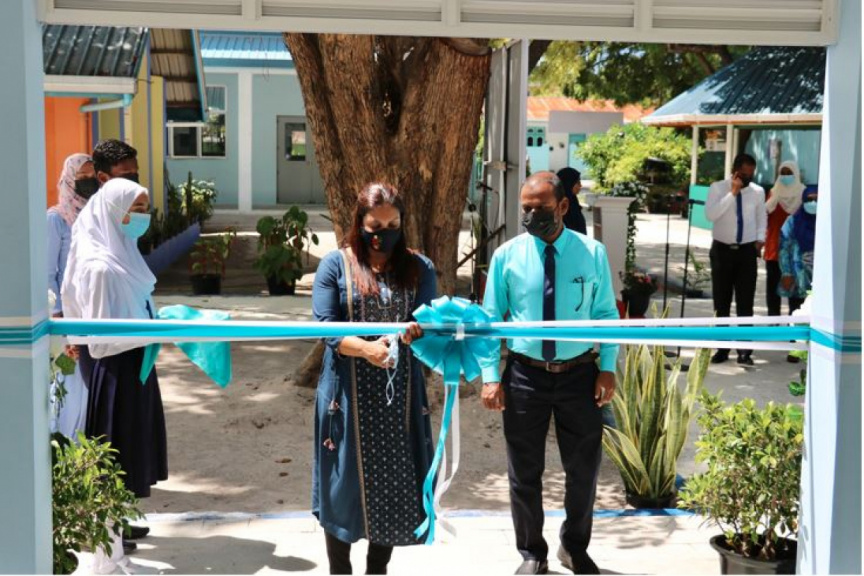 Education Ministry has stated that classes at ADh. Atoll Education Centre will be conducted in one session starting tomorrow – with the inauguration a new building with 16 classrooms.

Speaking at the ceremony – Minister Aishath Ali said a main policy of the current administration is for schools to conduct classes in one session. She also noted that this is the end of a long wait for Mahibadhoo residents; a dream they have been dreaming since 2014, coming true.

Speaking to Sun regarding the inauguration of the new building – ADh. Atoll Education Centre’s Principal Moosa Naseem said that classes have been conducted at the school in two sessions for a long period now. He detailed that the scarcity of classrooms has resulted in a lot of difficulties such as when it comes to holding extracurricular activities and classes for special needs students.

“The school conducts its extracurricular activities very well such as scout activities, girl guide activities and camps and such. These activities have been in place for a very long time. Approximately 30 years,” he added.

Noting that the school has 598 students studying with them – Naseem said that the change to one session will allow the school to conduct more social activities for students.

EPA probes dumping of waste into the sea by a resort