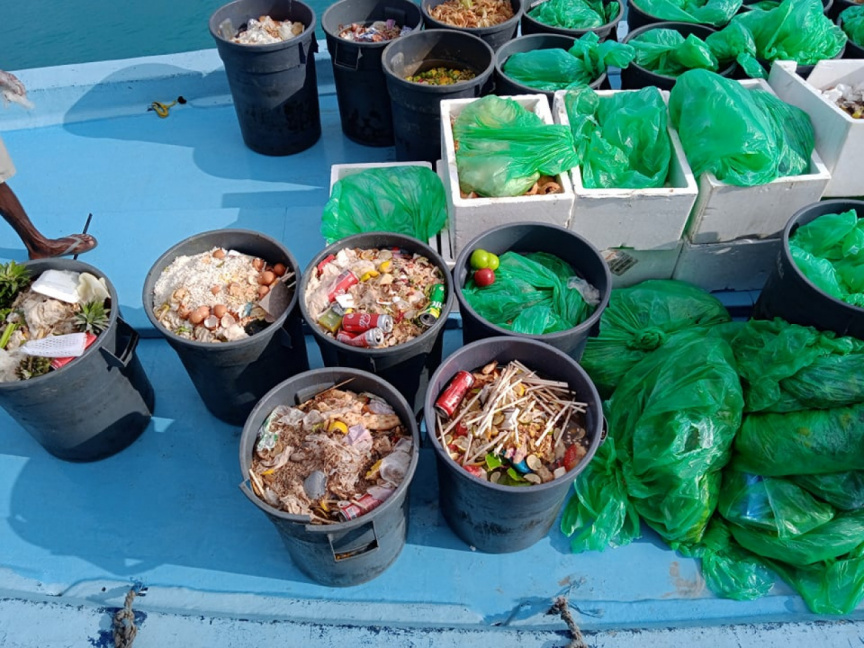 Waste loaded by Emerald Maldives Resort to a boat to dump it into the sea.

Environmental Protection Agency (EPA) has stated that they a probing into a case of illegal dumping of waste into the sea by a tourist resort.

On this note – EPA said that the investigation is underway in collaboration with the relevant government authorities.

When Emerald Maldives Resort, situated at Raa Atoll, had illegally dumped waste into the sea – Iqbaal Bilaal, a third-party divemaster who was working at the resort had fished the waste out of the water and dumped it at the reception of the resort.

Subsequently, he was kicked out of the resort.

Iqbaal said that he had acted the way he did – as the resort management had not taken proper action even after the matter was repeatedly brought to their attention.

Iqbaal who has been working as a divemaster along with tourists for 13 years said that he had confirmed that the waste being dumped into the sea was the food waste amongst other waste from the resort. He said that he reported the illegal dumping to the HR department multiple times – despite which no action was taken.