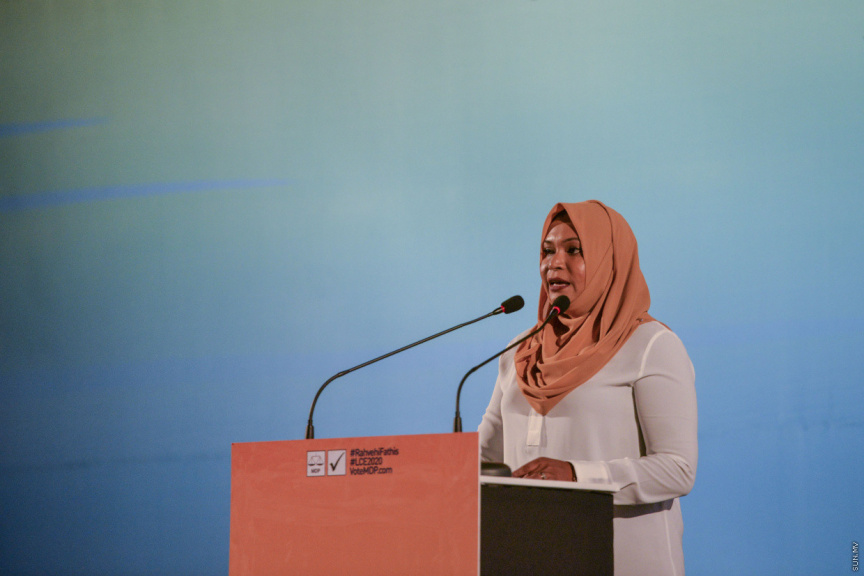 A government official has confirmed the appointment to Sun.

The basic salary of a Communication Director is MVR 15,000. In addition to this, MVR 10,000 is given as living allowance – whereas MVR 500 is given as phone allowance.

Rizna is an individual who worked in the field of journalist for a long period of time. In her journalism career – she had worked the longest for Raaje TV. Prior to that – she had also worked at TVM.