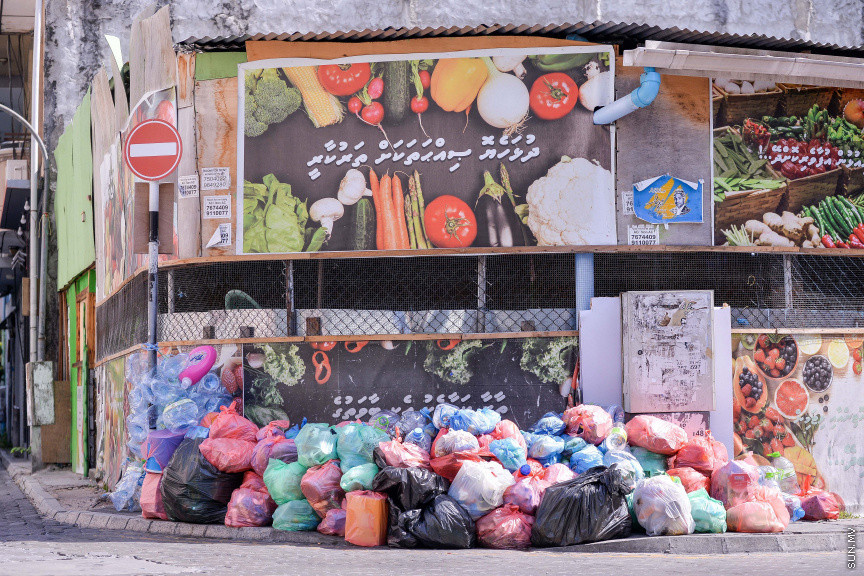 Waste bags gathered at a corner of a Male' City. (Sun Photo/Fayaz Moosa)

Waste Management Corporation Limited (WAMCO) has stated that over 30,000 households in Male’ and Hulhumale’ still remain unregistered with the Company for its services – even after an additional opportunity for registration was offered.

WAMCO resumed doorstep waste collection services on September 15 – noting that the service will only be provided for registered households.

However, due to complaints from the public as well as the uncollected waste bags from unregistered households piling up on the roads – WAMCO offered an additional opportunity to register with them and also suspending the

WAMCO’s Marketing and Public Relations Officer Ahmed Azim had told Sun that only 12,765 households had registered for their services as of last Thursday. Stressing that waste bags will not be collected from unregistered households from now on, Azim said that there was still chance to register for their services.

“Starting from September 4th – till the month’s end, we only received 2,300 forms. Our estimates – received from Male’ City Council – shows that there are 45,000 households in just Male’ and Hulhumale’ alone,” he explained.

Therefore, Azim said that WAMCO urges unregistered households to complete their registration at the earliest and to refrain from leaving waste bags out on the roads.

When WAMCO commenced operations – they were providing doorstep waste collections to registered households.  However, the service was suspended as a precautionary measure in light of the COVID-19 pandemic – and customers were instructed to place waste bags outside of the houses. During this time, WAMCO had also collected waste bags placed outside unregistered households as well – to avoid pileups of waste on roads.