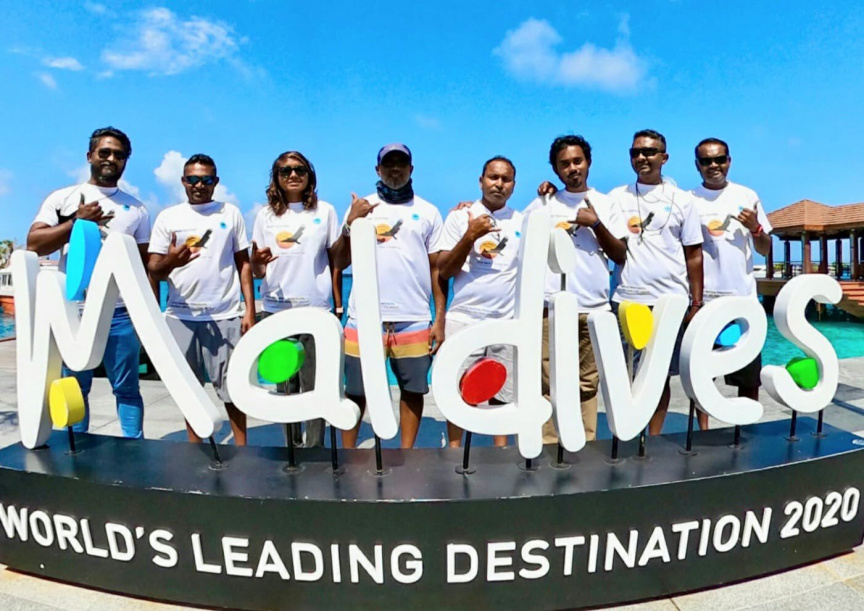 Participants pose for pictures during a ceremony in Addu to mark the completion of Maldives Jet Ski Tour 2021. (Photo/Tourism Ministry)

The tour, which began with at HA. Thuraakuru with a 13-member team on September 22, was concluded at Maradhoo-Feydhoo district of Addu City.

The 13-member team included six experienced jet ski riders, three stand-ins in case any of the riders needed to be replaced, and members who followed the riders via speedboat.

Taking part in a ceremony at the Maradhoo-Feydhoo harbor to mark the completion of the tour, Addu City Mayor Ali Nizar said that Addu was honored to be included in a tour to celebrate Tourism Day.

He said that the jet ski tour was “no ordinary tour”.

“Not just in Maldives, but this marks a record in the region as well,” said Nizar, who spoke in Addu dialect.

Nizar said that the participation of Maldives’ first female boat captain in the 871-kilometer tour served to make the tour even more remarkable.

He thanked the tour’s organizers and participants.

Tourism Day 2021 to be celebrated in Addu