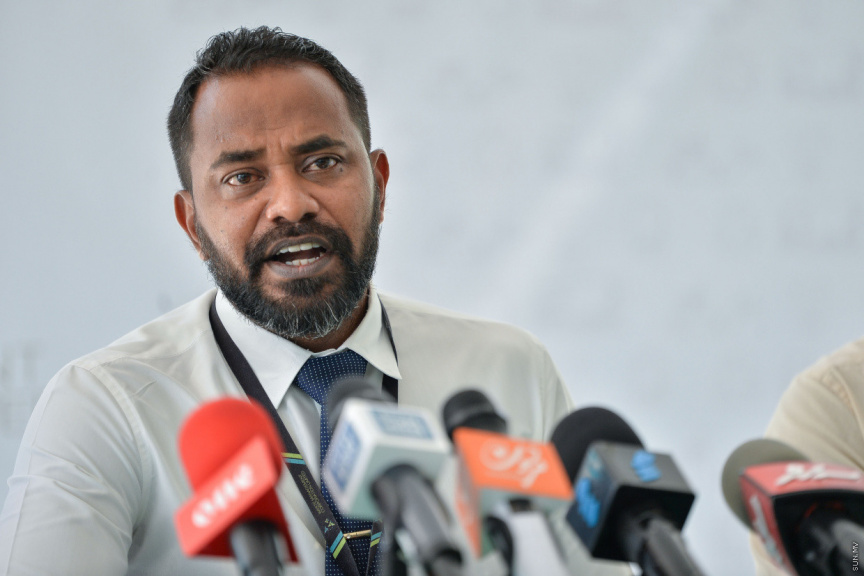 Waste Management Corporation Limited’s (WAMCO) Managing Director Adam Mohamed has stated that the unpaid amount of money for its services from registered households has increased up to MVR 49 million.

Out of these households, he highlighted that around 10,000 to 12,000 households were regularly paying the fees incurred for WAMCO’s services prior to the COVID-19 pandemic – which has drastically decreased to 4000 over the course of the pandemic.

Adam Mohamed said that subsequently, a large sum of money owed to WAMCO for its services has been unpaid – dating all the way back to 2017.

“Our records show that starting from 2017 – we have not been paid a total of MVR 49 million for our services from registered households,” he had said.

Speaking further, Adam Mohamed highlighted that during the pandemic – WAMCO had only been collecting waste bags placed outside of the households as per their instructions – adding that service was provided whether the household was registered with them or not.

“Starting from April 2020 – we continued collecting waste whether the fee was paid or not. Whether the household was registered or not. It was a health pandemic. The government wanted to do this for its people. As a fully state-owned company – we undertook the responsibility,” he had said.

He also stressed that from when WAMCO had officially commenced its services in 2016 – the losses incurred within the first three years of its operations total up to MVR 50 million per year.

Adam Mohamed also reminded the public that it is their civic duty to pay fees for a service obtained – including that of the services provided by WAMCO.

“This is a big civic duty. The fee is a little amount. Just MVR 150 per month. This is estimated the cost of two friends going to a café and having a coffee. This fee is owed for services provided in a period of one month. We really urge the public to be more responsible in this regard,” he had said.

WAMCO is set to resume doorstep waste collection services on September 15 – due to popular demand.